With new technologies like Virtual Reality, Artificial intelligence and Blockchain increasingly finding their way into the film and games sector, the Stuttgart International Festival of Animated Film will host presentations from seven different companies about these new business models. 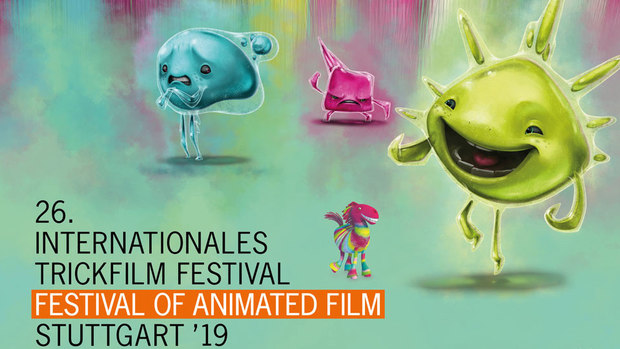 STUTTGART, Germany -- Prior to presenting the Trickstar Professional Awards on Friday, May 3, this year, for the first time, ITFS will host a conference on the topics of VR, AI, and Blockchain for representatives of the film, animation and games industry. The 26th Stuttgart International Festival of Animated Film runs April 30 - May 5, 2019, and the VR, AI and Blockchain Conference will be held on Friday, May 3 from 3:00-5:30PM at the L-Bank Rotunde.

During the afternoon event, enterprises, start-ups, and projects from Baden-Württemberg, Germany, and other European countries working on AI and Blockchain projects and providing important ideas to the creative industry in Baden Württemberg – especially within the animation, VFX, and games economy – present themselves.

The benefits – especially in relation to big film data banks, online platforms, and digital channels of distribution – are obvious: a targeted scaling and focusing in the distribution of works becomes possible, all parties involved benefit from enhanced security, increased transparency, and a fair profit participation. With the help of artificial intelligence, an evaluation of whether and in which target group a film could garner success can already be made during the process of production, which enables creative people to tell more inventive, daring and innovative stories, knowing that they will have an effect on their audience. At the same time, the technology provides possibilities to distribute and finance formats with more independence from the streaming giants. New narratives and business models have already evolved in the Virtual Reality sector and they are continuously developed further. As part of the conference, we introduce the VR multiplayer project that already has more than 204 location-based units in 19 countries on 6 continents and creates new immersive, interactive possibilities of gaming in cinemas and shopping malls.

Products, services and brands are in continuous demand for new communication modes to lift them out of the media whizz in a more dynamic and emotional way also attracting customers. One of these modes is the visualization in real-time – from photorealistic to artificially stylized. The whole range of applications and how employing modern gaming engines contributes to it, are presented on the basis of a few examples.

See below for the full lineup:

The conference language is English, and the event will take place prior to the Trickstar Professional Awards. Register for the event here with the code ITFS19_BUSINESS-73EX78FS.