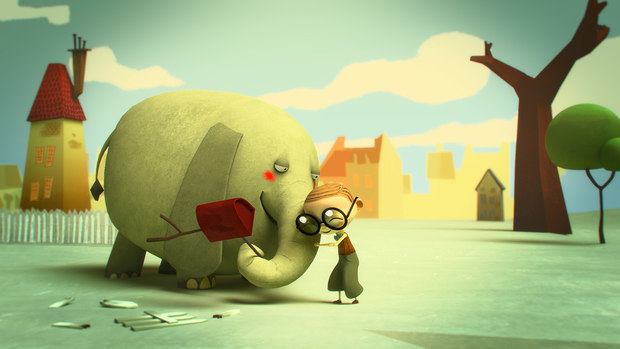 STUTTGART, Germany -- Fifty projects have been selected for the 13th edition of Animation Production Days, the annual business platform held as part of the Stuttgart International Festival of Animated Film and the FMX Conference on animation, effects, games and immersive media. Bringing together co-production, financing and distribution partners for animation projects in a series of one-to-one meetings APD offers focused discussions and presentations on current challenges facing the industry.

The most important business platform for animation projects in Germany, roughly one-third of the projects presented in previous years have gone on to be successfully produced. This year’s event, which runs May 1-3, received 80 submissions from 17 different countries, with 50 of them selected to be presented at ADP 2019. Alongside animated series and films, ADP also features cross-media projects such as games, VR projects and online formats, including numerous projects for teenage and adult target audiences. Topics range from edutainment, comedy, adventure stories and fantasy for kids to historical and political material, animated documentaries, satire and science fiction.

This year, as part of its funding from the Creative Europe MEDIA programme, APD can award a total of 15 free accreditations to outstanding young talents. At APD they are given the opportunity to discuss their ideas with seasoned industry experts, develop contacts with important decision-makers and find co-production partners for their projects. One example of this is the short film Crabs from Poland which has qualified for participation in the APD Talent Program as part of a partnership with the Animation Sans Frontières European training program.

All projects selected for APD are invited to apply for the Trickstar Business Award. The 7,500 Euro prize is being presented in 2019 for the third time by the Stuttgart International Festival of Animated Film (ITFS). Companies with an innovative business model can also apply for the award even if they are not participating in APD. The deadline is March 15; the submission form and detailed rules and regulations can be viewed on the ITFS website.