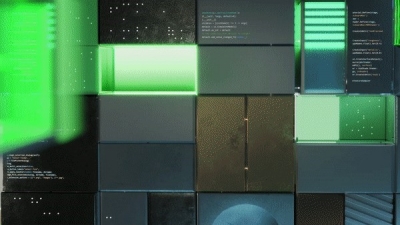 NVIDIA’s GTC, the online AI developer conference, kicked off yesterday with a complete program of sessions slated to bring together students, developers, researchers, creators, IT decision-makers, and business leaders who shape the world of AI, computer graphics, and data science. The event runs through September 22; the full schedule is available here.

This morning during NVIDIA CEO Jensen Huang’s latest GTC keynote, the largest ever release of new features for Omniverse was revealed, including Omniverse Cloud managed services and container deployments, new developer toolkits, and an open publishing portal for developers. The newly expanded capabilities promise to optimize the ease with which developers can build, extend, and connect 3D tools and platforms to the Omniverse ecosystem.

NVIDIA’s first SaaS offering, Omniverse Cloud, is an infrastructure-as-a-service that connects Omniverse applications running in the cloud, on-premises, or on edge with users able to create and collaborate across devices. With the Omniverse Nucleus Cloud, Omniverse App Streaming provides shared access to virtual worlds for editing and the scalability of 3D workloads with Omniverse Farm.

Applications for industry workflows, such as DRIVE Sim for testing and validating autonomous vehicles and Isaac Sim for training and testing robots, are packaged as containers for simple deployment. For synthetic data for industry use cases, Omniverse Replicator in the cloud enables synthetic 3D data generation for perception networks.

Designed as the foundation of Omniverse-connected tools and microservices, the Omniverse Kit is a complete toolset for building applications, extensions, and connectors for Omniverse. Its modularity offers flexibility in assembling tools to suit users’ individual needs. With the upcoming release of the Omniverse Exchange, developers will have a new channel to expand the user audience for connectors, extensions, and asset libraries. The publishing portal will provide a workflow for partners and community members to publish applications, connectors, and extensions that offer industry and purpose-built third-party solutions. All content undergoes security vetting and quality assurance before being published.

Developers can be among the first to upload extensions or connectors to the NVIDIA Omniverse Exchange Publishing Portal through its early-access program, available by application.

Currently used in a wide range of industries, the open and extensible ecosystem USD is, according to NVIDIA, the best candidate to serve as the HTML of the metaverse. To support its evolution towards satisfying the requirements of the metaverse, NVIDIA supports the USD ecosystem in all areas, from education to building custom schemas for specific industry use cases and providing free USD assets and resources to all audiences. The support aims to accelerate its path to becoming the standard language of virtual worlds.

NVIDIA has developed Omniverse Connectors for a variety of top industry applications.

Connectors are also in development for Unity, SimScale, and some of the Siemens Xcelerator portfolio.

In addition, new Omniverse Extensions extend the functionalities of Omniverse Apps, including Motionverse from Beijing Deepscience Technology Ltd, in3D, and SmartCow. Prevu3D, and Move.AI will soon have extensions available, as well.

NVIDIA has released SimReady, a new category of 3D asset. 3D assets for digital twins and AI training workloads require specific, USD-based properties. Thousands of SimReady assets are currently in development as well as the specifications for building them, tailored to specific simulation workloads like manipulator bot training and autonomous vehicle training.

SimReady goes beyond full-fidelity visuals for 3D art assets. It includes content with attached, robust metadata that can be inserted into any Omniverse simulation and behave as it would in the real world. For developers and technical artists, SimReady content can act as a standard baseline or starting point and evolve as simulation tools like Omniverse become more robust.

The assets provide full-fidelity visualization with the intent of photorealism. Core simulation metadata is always included in the assets and can be easily accessed on import of the art asset. SimReady assets also leverage the modular nature of USD to allow flexibility for technical artists generating synthetic data.

NVIDIA Omniverse Replicator is now deployable in the cloud through containers hosted on NVIDIA NGC, and through Omniverse Cloud early access. It features a new Replicator Insight app for enhanced viewing and inspecting generated data.

A new era of neural graphics:

Neural graphics can change the way content is created and experienced. AI-powered tools on NVIDIA AI ToyBox now allow creators to experiment with the latest research in their 3D workflows. AI Animal Explorer is available now, with updates coming soon, including:

Omniverse now enables proceduralism for behavior, movement, and motion in Omniverse worlds. Behavior and physics simulation technologies have improved ease of use, refinement, and functionality. With the new OmniGraph node-based physics systems, behavior, motion, and action can be entirely procedural without manual animation.

NVIDIA PhysX is an advanced real-time physics engine in Omniverse.

Other key updates announced at GTC:

This summer, worldwide developers from around the world used Omniverse Code to build extensions for 3D worlds as part of the NVIDIA #ExtendOmniverse Contest. New tools were submitted for layout and scene authoring, Omni.ui, and scene modifier and manipulator tools.

Winners of the contest will be announced at GTC during the NVIDIA Omniverse User Group on September 20 at 3:00 PM (Pacific time).

NVIDIA GTC offers panels, talks, and hands-on labs for developers who want to learn more about Omniverse and other tools used to build metaverse extensions and applications.

Watch the GTC keynote by NVIDIA founder and CEO Jensen Huang to hear about the latest advancements in AI and the metaverse.