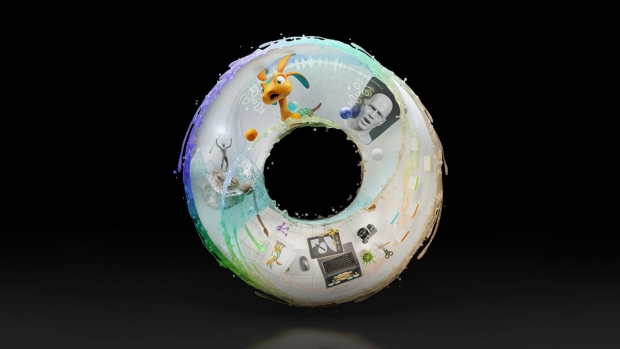 With Omniverse, artists, designers and creators can use leading design applications to create 3D assets and scenes from their laptop or workstation. “With this technology, content creators get more than just a fast renderer,” said Zhelong Xu, a digital artist and Omniverse Creator based in Shanghai. “NVIDIA Omniverse and RTX give artists a powerful platform with infinite possibilities.”

Since its open beta launch a year ago, Omniverse has been downloaded by almost 100,000 creators who are accelerating their workflows with its core rendering, physics, and AI technologies. The culmination of over 20 years of NVIDIA’s groundbreaking work, Omniverse brings graphics, AI, simulation, and scalable compute into a single platform to enhance existing 3D workflows.

With Omniverse, free for individual users, GeForce RTX Studio creators can connect their favorite 3D design tools to a single scene and simultaneously create and edit between the apps.

Check out how Omniverse is used to enhance animation workflows:

Omniverse Enterprise, the paid subscription platform for professional teams, was announced in November at GTC and is sold through NVIDIA’s global partner network. The platform can be tried free for 30 days. Today’s announcement now brings Omniverse capabilities into the hands of individual creators.

New features within Omniverse include:

The NVIDIA Omniverse ecosystem expands with new Omniverse Connectors, extensions, and asset libraries — built by numerous partners. Currently, there are 14 connectors to applications like Autodesk 3ds Max, Autodesk Maya and Epic Games’ Unreal Engine - with many more in the pipeline, including an Adobe Substance 3D Material Extension coming soon.

The latest Omniverse Connectors, extensions, and asset libraries include: