Set Visit: Go Behind the Scenes of LAIKA’s ‘Missing Link’

AWN delivers a close-up look at the production for the Oregon stop-motion studio’s biggest, most sophisticated and largest-scale animated feature yet, arriving in theatres on April 12. 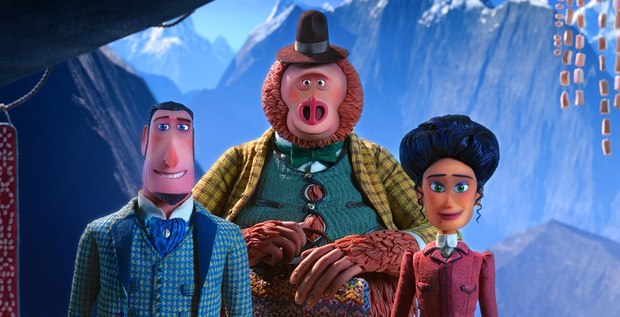 Some of the more “fun” facts on the production: LAIKA is considered a leader in the use of Rapid Prototyping (RP or 3D printing) for facial animation and was awarded a Scientific and Engineering Oscar plaque in 2016 for its innovation in the field. Partnering again with Stratasys for hardware and Cuttlefish for the software, LAIKA continues to push the envelope in the use of 3D printing in stop-motion film production. For our hero, Mr. Link, voiced by Zach Galifianakis: For the two main four-legged friends, an elephant and a horse, that joined our heroes at various points in their journey: For The Manchuria ocean liner, Train and Pullman Car

Visual effects were used extensively throughout the film, for anything from water effects to puppet rig removals. Some key stats: