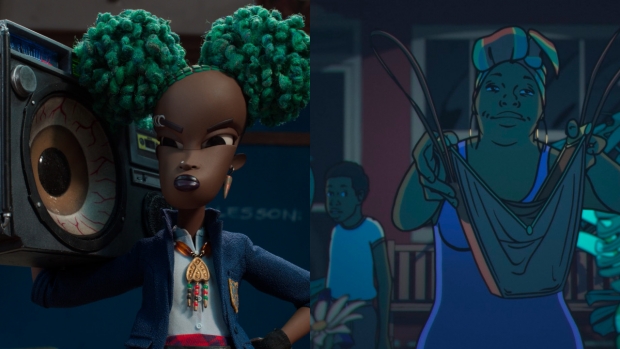 Reflecting on their win, Colman and Raúl Domingo told AWN,"It means the world to us, this honor coming from the African American Film Critics Association. This work honors Black mothers and sons, and the beautiful power of music and animation to overcome."

Winners and special honorees will be celebrated at the 14th Annual AAFCA Awards on March 1st at the Beverly Wilshire Hotel in Beverly Hills.  The announcement was made today by AAFCA president and co-founder Gil Robertson.  “AAFCA is deeply honored to recognize some of the most captivating films and performances of the year,” said Robertson. “These thought-provoking stories of strength, determination and courage lift us and entertain us. It’s an honor to recognize the incredible, visionary work both in front of and behind the camera of this year’s AAFCA Award winners.”

Winners are voted on by AAFCA’s 100+ members.  The organization, which is celebrating its 20th anniversary in 2023, will be announcing additional special events and programming in the coming months. The sponsors for the 14th annual AAFCA Awards include Comcast, Nissan, Lowes, Morgan Stanley, Facebook and Diageo.

Established in 2003, AAFCA is the premiere body of Black film critics in the world, actively reviewing film and television, with a particular emphasis on entertainment that includes the Black experience and storytellers from the African Diaspora. The organization’s primary mission is to cultivate understanding, appreciation and advancement of the contributions of African descended talent to cinematic and television culture – from the artistic and technical legends of the past to the still unimagined breakthroughs of future generations.