Lasseter ‘Deeply Sorry for My Actions’ 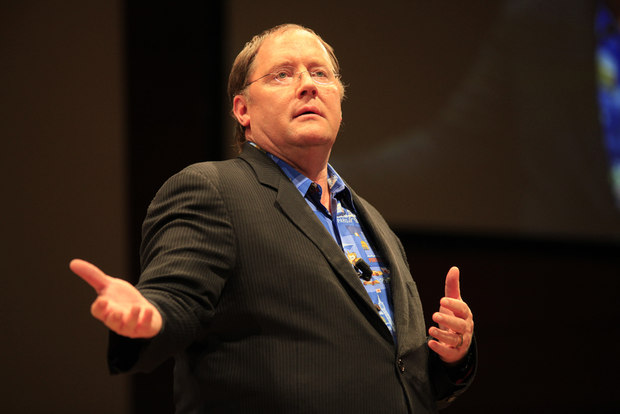 Newly hired Skydance Animation head John Lasseter was questioned for more than 90 minutes on Monday by troubled staffers who wanted additional details about the allegations of sexual harassment that prompted his removal at Disney and Pixar, according to reports by Deadline and Variety.

The former Pixar and Disney Animation chief creative officer, who took a six-month leave of absence from the two studios a little more than a year ago for acknowledged but unspecified “missteps,” and was hired by Skydance just days after his consulting contract with Disney concluded at the end of 2018, reportedly took questions from Skydance Animation employees at the company’s Mid-City Los Angeles offices about how he will behave in his new role.

Lasseter reportedly admitted to wrongdoing and committed himself to proving he had reformed: “I am deeply sorry for my actions, which were unquestionably wrong,” he said, according to Deadline. “I very much regret making women feel unsafe or disrespected. I will continue to work every day for the rest of my life to prove to you that I have grown and learned. I am resolute in my commitment to build an animation studio upon a foundation of equality, safety, trust and mutual respect for everyone.”

Highlighting his work on films like Moana, Zootopia and The Princess and the Frog, Lasseter also vowed to continue to tell women’s stories on-screen and said he would expand opportunities for women on production teams. He also reportedly said that he “continues to work with a coach and a therapist in regards to unconscious bias training.”

Variety called the conversation “long and ‘heavy’ in tone,” noting that “as the meeting disbanded, many employees, who were on their feet for its duration, appeared exhausted,” and that “it was unclear if Lasseter had been specific enough about what lessons he had learned during his imposed sabbatical and how he intended to earn back the trust of the animation community.”

Head over to Deadline and Variety to read the full stories.