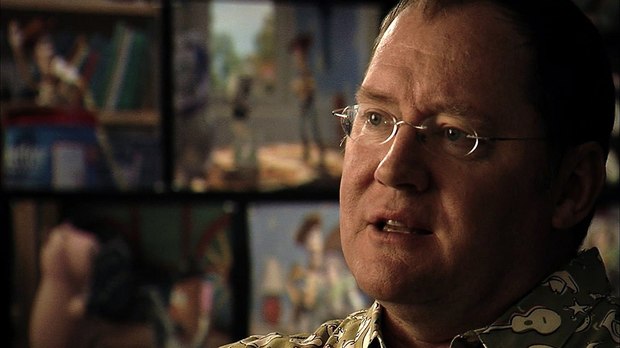 Former Pixar and Disney Animation chief creative officer John Lasseter has been named Head of Skydance Animation, a division of the film and television studio founded by David Ellison in 2010 and until recently headed by former DreamWorks Animation exec Bill Damaschke.

The move takes place a little more than a year after Lasseter first took a leave of absence from his roles at Disney and Pixar to examine his “missteps” following allegations of harassment and misconduct.

Ellison praised Lasseter as an “industry visionary” in a letter announcing the hire to staff, going on to explain that the company did not make the decision to hire him lightly, and had employed outside counsel to investigate the allegations:

“While we would never minimize anyone’s subjective views on behavior, we are confident after many substantive conversations with John, and as the investigation has affirmed, that his mistakes have been recognized,” Ellison wrote in the letter. “We are certain that John has learned valuable lessons and is ready to prove his capabilities as a leader and a colleague. And he has given his assurance that he will comport himself in a wholly professional manner that is the expectation of every Skydance colleague and partner.”

Little mention was made of Damaschke, aside from the news that he “will be transitioning from his current role, and we are hopeful he will choose to remain within the Skydance family.”

Activist organization Time’s Up slammed Lasseter’s hire in a statement to The Hollywood Reporter and Variety, commenting that it “endorses and perpetuates a broken system”:

“Skydance Media’s decision to hire John Lasseter as head of animation endorses and perpetuates a broken system that allows powerful men to act without consequence. At a moment when we should be uplifting the many talented voices who are consistently underrepresented, Skydance Media is providing another position of power, prominence and privilege to a man who has repeatedly been accused of sexual harassment in the workplace.”

The Los Angeles chapter of Women in Film and Melissa Silverstein, the founder and publisher of Women and Hollywood, also reportedly spoke out against Lasseter’s hire.

Read the full letter from Ellison, along with the press release announcing Lasseter’s appointment, below:

I wanted to share with you first some news that we are announcing today.

Industry visionary John Lasseter is joining us to lead Skydance Animation. John will be based in Los Angeles and will report directly to me.

Bill Damaschke will be transitioning from his current role, and we are hopeful he will choose to remain within the Skydance family.

The attached press release outlines the news more fully, but I wanted to share a few things that have informed our decision to bring John on board.

First, no one can dispute John’s legacy building Pixar and Walt Disney Animation into the leadership position they now enjoy. His creative vision and forward-looking approach to animation has transformed the entire industry. At his heart, John is a storyteller -- with a unique ability to tell beautiful and emotionally-driven tales that resonate and inspire audiences around the globe.

Second, I know many of you are aware of John’s admitted mistakes in his prior role helming those studios. John has been forthright in taking ownership of his behavior, apologized for his actions and has spent the past year on sabbatical analyzing and improving his workplace behavior.

Third, we employed outside counsel to thoroughly investigate the allegations, which we considered serious and have warranted our full attention as we made this important decision. The senior leadership team and I have all carefully evaluated the findings of this extensive investigation.

Let me be clear: we have not entered into this decision lightly.

While we would never minimize anyone’s subjective views on behavior, we are confident after many substantive conversations with John, and as the investigation has affirmed, that his mistakes have been recognized. We are certain that John has learned valuable lessons and is ready to prove his capabilities as a leader and a colleague. And he has given his assurance that he will comport himself in a wholly professional manner that is the expectation of every Skydance colleague and partner.

We are very hopeful and excited about what the coming years will bring, as John’s art transcends generations and cultures, while deeply resonating on a fundamental level with what makes us uniquely human.

The senior leadership team and I will be hosting a town hall for all Skydance Animation colleagues shortly to speak with you directly about this transition. Additional town halls at SDM and SDI will take place today and tomorrow.

Skydance Animation colleagues, please be on the lookout for a call-to-gather email. I look forward to speaking with you in person.

Lasseter, who will report directly to Ellison, will be based in Los Angeles and start later this month.

“John is a singular creative and executive talent whose impact on the animation industry cannot be overstated,” said Ellison. “He was responsible for leading animation into the digital age, while telling incomparable stories that continue to inspire and entertain audiences around the globe.”

Ellison continued: “And yet we did not enter into this decision lightly. John has acknowledged and apologized for his mistakes and, during the past year away from the workplace, has endeavored to address and reform them.”

“We look forward to John bringing all of his creative talents, his experience managing large franchises, his renewed understanding of the responsibilities of leadership and his exuberance to Skydance as we continue to expand our animation efforts for the global marketplace.”

Lasseter said: “I’m grateful to David and the Skydance team and know that I have been entrusted with an enormous responsibility. It is a distinct privilege that I will relish.”

“I have spent the last year away from the industry in deep reflection, learning how my actions unintentionally made colleagues uncomfortable, which I deeply regret and apologize for. It has been humbling, but I believe it will make me a better leader.”

Lasseter continued: “I want nothing more than the opportunity to return to my creative and entrepreneurial roots, to build and invent again. I join Skydance with the same enthusiasm that drove me to help build Pixar, with a firm desire to tell original and diverse stories for audiences everywhere. With what I have learned and how I have grown in the past year, I am resolute in my commitment to build an animation studio upon a foundation of quality, safety, trust and mutual respect.”

In his new role, Lasseter will be responsible for setting the overall strategy and creative direction for Skydance Animation. He will drive the division’s artistic growth, overseeing production and operations, to ensure a robust slate of animated entertainment across all media.

Established in 2017, Skydance Animation has embarked on a multi-year partnership with Ilion Animation Studios, a dedicated CGI feature animation studio based in Madrid, to develop and produce a slate of high-end animated feature films and television series. Its first two animated feature-length films have been announced: Luck, directed by Alessandro Carloni and written by Jonathan Aibel & Glenn Berger and an Untitled Action Fantasy, directed by Vicky Jenson and written by Linda Woolverton.