Both will assume the title of chief creative officer. 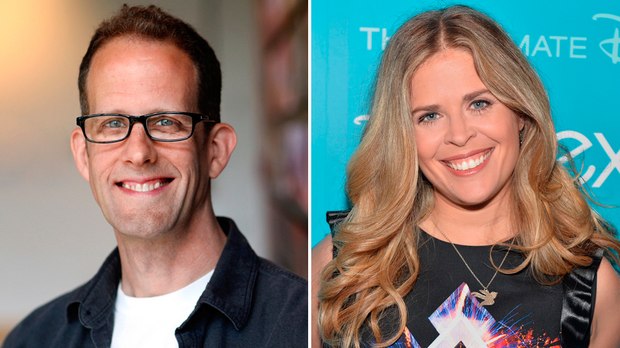 Pete Docter has been named chief creative officer of Pixar, while Jennifer Lee assumes the same title at Walt Disney Animation Studios -- both replacing John Lasseter, who was accused of misconduct.

Jennifer Lee at Disney and Pete Docter at Pixar will fill the roles recently vacated by the departure of John Lasseter, Variety reports.

Both will assume the title of chief creative officer, as expected by many media reports in the wake of Lasseter’s departure.

Lee joined Walt Disney Animation Studios in 2011 as a co-writer on Wreck-It Ralph, also stepping in as co-writer and co-director on Frozen.

Docter has been with Pixar his entire career and his directing credits include Monsters, Inc., Up and Inside Out.

“Animation is the most collaborative art form in the world, and it is with the partnership of my fellow filmmakers, artists, and innovators that we look ahead to the future,” said Lee. “My hope is to support the incredible talent we have, find new voices, and work together to tell original stories.”

“I started here 28 years ago,” said Docter. “I am fortunate to work alongside some of the most talented people on the planet, and together we will keep pushing animation in new directions, using the latest technology to tell stories we hope will surprise and delight audiences around the world.”

Pixar co-founder Lasseter had served in both roles until last November, when he announced a sabbatical during which he would re-consider actions that women at the studios had stated were inappropriate. Earlier this month, it was announced Lasseter would exit his role at both studios, continuing as a creative consultant through the end of the year.