Former Pixar and Disney Animation chief’s employment contract said to include ‘ironclad’ provisions protecting Skydance from any past, present or future misdeeds. 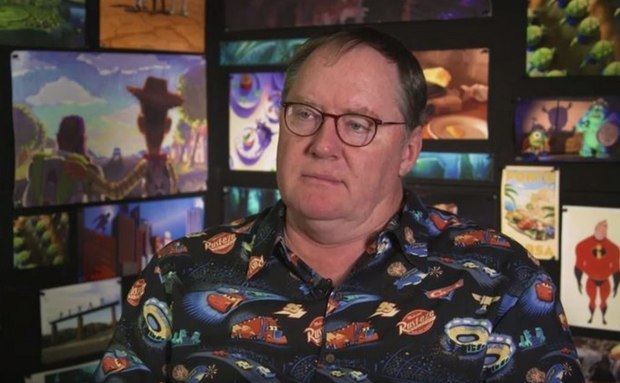 One day after it was announced that former Pixar and Disney Animation chief creative officer John Lasseter had been named Head of Skydance Animation, a number of reports have emerged detailing reactions to the new hire both at the company and within the industry.

While news of Lasseter’s hire -- just days after his consulting contract with Disney concluded at the end of 2018 -- and division head’s Bill Damaschke’s sudden ouster stunned the animation industry, and has been widely slammed, no one may have been more surprised than Skydance Animation distribution partner Paramount, according to a report by The Hollywood Reporter:

“Paramount Pictures CEO Jim Gianopulos and his executive team at the studio, which has an exclusive deal to co-finance, market and distribute Skydance films, were shocked by the announcement Thursday, several individuals said. Paramount will be responsible for putting the Skydance Animation movies, now under the control of Lasseter, into theaters. ‘He’s a talented guy but, really, has there been any contrition?’ wondered one film executive who declined to be identified.”

The news was also widely discussed at a series of town hall meetings held at all three of Skydance Media’s locations, including Skydance Interactive in Marina del Rey, the corporate film/TV offices in Santa Monica, and the Skydance Animation suites in the Mid-Wilshire district, according to a report by Deadline. At the meetings, Skydance CEO David Ellison reportedly spoke “candidly and emotionally about his deep concern for the employees and the future of the company,” underscoring the company’s zero tolerance policy for harassment:

“Ellison informed staff that if there was a Harvey Weinstein in the company’s midst, the studio would never have moved forward with Lasseter’s hire. In the wake of Lasseter’s headlines at Disney, he was never brought up on any criminal charges nor were any settlements made by the Burbank studio to injured parties, or from a shell company repping Lasseter. Skydance female senior executives including Chief Creative Officer Dana Goldberg and Chief Marketing Officer Anne Globe were asked about their feelings directly regarding Lasseter’s hire and from what we hear they expressed a belief in giving him a second chance and supported his hire.”

Another interesting detail that has emerged is that Lasseter’s contract with Skydance Media contains provisions that make the Pixar co-founder and former chief financially responsible for any legal claims involving sexual harassment, according to a report by Variety:

“The pact to bring Lasseter in as head of the company’s animation division is said to include ‘ironclad’ provisions that require the executive to not only pay for legal issues arising from future misbehavior, but also indemnify Skydance from any past misdeeds that had not come to light in the due diligence process conducted by an outside law firm. One person familiar with the findings reported that Disney never settled any harassment claims against Lasseter during his more than two decades-long tenure at Pixar, nor did Lasseter personally settle any claims.”

So here’s what we’ve learned so far:

In other words, it’s business as usual.