Both films each take home four awards; two MC cancelations notwithstanding, the visual effects community came together in force, packing the Beverly Hilton to celebrate winners in 25 categories and to honor Lynwen Brennan and Guillermo del Toro. 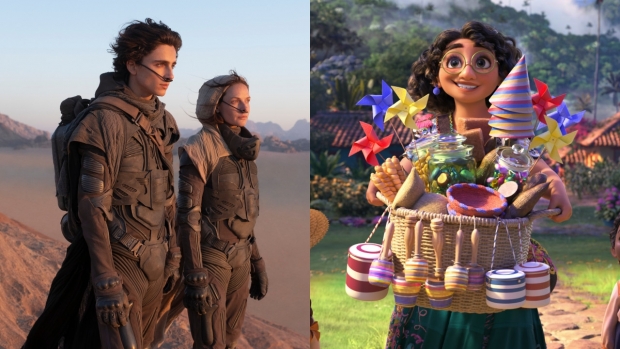 The visual effects community, negative COVID test results in hand – or uploaded prior – came together en masse last night, packing the Beverly Hilton Hotel once again to celebrate the Visual Effects Society’s 20th Annual VES Awards. Though perennial MC Patton Oswalt – and VES executive director Eric Roth tormentor - couldn’t attend because of a broken leg, and despite a last minute cancelation by the always funny Drew Carey in his stead, the ceremony was both the raucous and reflective event the industry needed. Framed against the senseless and tragic war in Ukraine, as well as the continued push to increase diverse hiring across the industry, and with numerous exuberant shout outs to International Women’s Day, the awards, under the guiding leadership of Roth, once again celebrated excellence in the art and craft of an increasingly busy world of visual effects. Plus, four hours of blasting 70s rock standards was ample evidence VFX supervisor and show producer Jeff Oaken was firmly at the helm. The collective joy of seeing friends and colleagues in person for the first time in two years was palpable.

“As we celebrate the Society’s 25th Anniversary and 20th Annual VES Awards, we’re honored to keep shining a light on remarkable visual effects artistry and innovation,” said VES Chair Lisa Cooke.  “In all of our colleagues honored tonight, we see best in class work that elevates the art of storytelling and exemplifies the spirit of adaptation and ingenuity — talents that have kept audiences engaged and uplifted, now, more than ever.  The VES Awards is the only venue that showcases and honors these outstanding global artists across a wide range of disciplines, and we are extremely proud of all our winners and nominees!”

Congratulations to all the winners and nominees. The complete list of winners is as follows:

Outstanding Visual Effects in a Commercial

Outstanding Animated Character in an Episode or Real-Time Project

THE WITCHER; Nivellen the Cursed Man

Outstanding Animated Character in a Commercial

Outstanding Created Environment in an Episode, Commercial, or Real-Time Project

ENCANTO; We Don’t Talk about Bruno

Outstanding Model in a Photoreal or Animated Project

RAYA AND THE LAST DRAGON

Outstanding Effects Simulations in an Episode, Commercial, or Real-Time Project

FOUNDATION; Collapse of the Galactic Empire

Outstanding Compositing & Lighting In a Feature

Outstanding Compositing & Lighting in an Episode

Outstanding Compositing & Lighting in a Commercial

The Visual Effects Society is a professional global honorary society dedicated to advancing the arts, sciences and applications of visual effects and to upholding the highest standards and procedures for the visual effects profession. It is the entertainment industry’s only official organization representing the extended global community of visual effects practitioners, including supervisors, artists, producers, technology developers, educators and studio executives. VES’ more than 4,000 members in 45 countries worldwide contribute to all areas of entertainment – film, television, commercials, animation, music videos, games and new media.