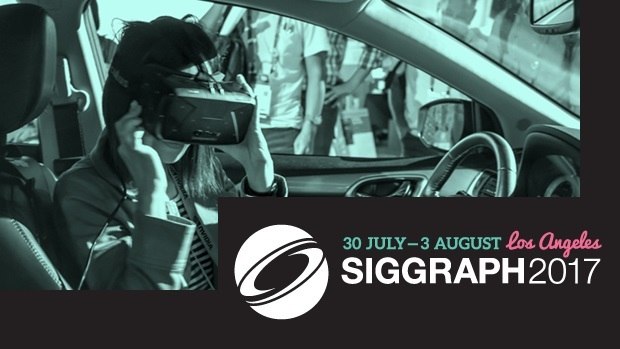 CHICAGO -- SIGGRAPH 2017, the world’s leading annual interdisciplinary educational experience showcasing the latest in computer graphics and interactive techniques, seeks a diverse range of new Virtual Reality (VR) and Augmented Reality (AR) submissions to be showcased during its upcoming annual conference. SIGGRAPH 2017 will mark the 44th International Conference and Exhibition on Computer Graphics and Interactive Techniques, and will be held 30 July - 3 August 2017 in Los Angeles.

“This year, we are seeking VR and AR submissions across programs that are both content-driven and highly interactive. Previous years’ contributions included art installations, real-world applications and simulations. Projects this year that focus on technology are best suited for Emerging Technology, while projects that are content centered around storytelling and film are encouraged for submission to our VR Theater,” noted Denise Quesnel, 2017 VR Village Chair, and a Research Assistant at Simon Fraser University.

This venue offers attendees the ability to explore the fascinating potential of brand-new VR and AR formats for shared experiences, engaging audiences, and powering real-world applications in health, education, entertainment, design, and gaming.

“Submissions for 2017 VR Village content should be hands-on and focused on the experience rather than the technology, allowing attendees to explore the capabilities and functionalities of each project in context. Projects that include performative elements and social experiences are encouraged, as are multi-user experiences that are collaborative,” added Quesnel.

The deadline to submit a project for VR Village consideration is March 21m 2017. Submit projects for the VR Village here.

For SIGGRAPH 2017, the conference’s renowned Computer Animation Festival is moving beyond the flat screen for the first time to present short films and experiences in a brand new space, the VR Theater. The idea behind the VR Theater is to present a forum in which SIGGRAPH attendees can experience the rapidly evolving VR medium within an unprecedented environment.

“We are looking for submissions for our VR Theater that will push the boundaries of storytelling,” shared Pol Jeremias, Computer Animation Festival Director for 2017 and a Graphics Engineer at Pixar Animation Studios. “During the past two years, VR has reemerged as an important medium, and the projects we hope to show will present the next era of storytelling -- presentations that depict new and powerful new stories to see, hear, and experience.”

The deadline to submit a project to the Computer Animation Festival’s VR Theater is 21 March 2017. Submit projects for the VR Theater here.

“We are looking for a variety of submissions for virtual and augmented reality. Of particular interest are projects that will further refine our experience and increase the feeling of presence in VR, or how we interact in a new era of spatial computing for AR. Emerging Technologies often showcases ways different companies and researchers are approaching the biggest problems in VR and AR and solving them,” said 2017 Emerging Technologies Chair Jeremy Kenisky, a Vice President at Merge VR.

Through the Games focus, attendees of the 2017 conference can go behind the scenes of some of today’s most critically acclaimed and popular video game titles. The program centers around the innovation and creativity of the video game industry, and how real-time rendering and simulation videogame technologies are powering a new era of interactive media.

Chris Evans, Games Focus Area Chair for SIGGRAPH 2017 and a Senior Character Technical Director with Epic Games, said, “This year, we are trying to do something quite different by seeking submissions of content centered around animated short films with beautiful assets and interesting characters for the new VR Jam competition. Those accepted will have the opportunity to work on these animated short films and transform them into virtual reality experiences at the conference itself.”

The submission form for Games’ VR Jam will open in late February. Read more about this on the ACM SIGGRAPH blog.

SIGGRAPH 2017’s Real-Time Live! program will present an interactive extravaganza that celebrates real-time achievements at the intersection of ingenious technical skills and creative beauty. Real-Time Live! will showcase the latest trends and techniques for pushing the boundaries of interactive visuals.

“I’m very hopeful that we will receive VR submissions this year for simulations and video games, because those two areas are pushing the boundaries of what’s possible. We would like to present innovative new VR projects through our submissions that use existing technologies in clever, creative, and exciting new ways — with presentations that go beyond the traditional techniques that are currently available today,” said Cris Cheng, Real-Time Live! Chair for 2017, and a Lab Technician at Technicolor.