With a box office slump and slow home entertainment sales, Tokyo-based media giant cuts its outlook for earnings from its feature film unit. 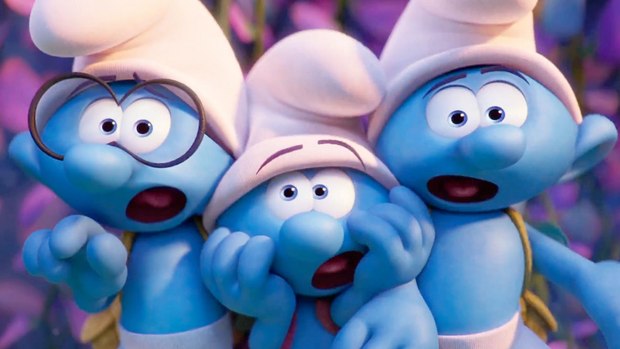 Sony Corporation is taking a $1 billion write-down on its feature films business, according to a statement released by the company on Monday, with the Los Angeles Times writing that the move is “an extraordinary step for a major Hollywood player that highlights the deepening financial challenges facing the nearly century-old Culver City studio.”

According to a statement from Sony, “the impairment charge resulted from a downward revision in the future profitability projection for the Motion Pictures business within the Pictures segment.” The primary reason for the charge was “due to a lowering of previous expectations regarding the home entertainment business, mainly driven by an acceleration of market decline.”

The news sent Sony shares tumbling four percent Monday afternoon, according to a report by The Wrap and other sources, raising speculation about a possible sale of the studio. This newest development comes on the heels of the upcoming departure of Sony Entertainment CEO Michael Lynton announced earlier in January.

Sony features accounted for eight percent of U.S. and Canadian ticket sales in 2016, ranking fifth among major Hollywood studios, according to the Box Office Mojo website. This year, Sony will be releasing Spider-Man: Homecoming, which it is co-producing with Marvel Studios, the animated Smurfs: The Lost Village and a live-action version of Jumanji starring Dwayne Johnson.

The full press release is shown below:

Tokyo, January 30, 2017 – As a result of revising the future profitability projection for the Pictures segment, Sony Corporation recorded an impairment charge against the goodwill of the Pictures segment of 112.1 billion yen in the third quarter ended December 31, 2016. This non-cash impairment charge is included within operating income (loss). A majority of the goodwill that was impaired was originally recorded at the time of the acquisition of Columbia Pictures Entertainment, Inc. in 1989.

The impact on the consolidated results forecast for the fiscal year ending March 31, 2017 (April 1, 2016 to March 31, 2017) of this impairment and other factors is currently being evaluated and will be disclosed at the earnings announcement for the third quarter ended December 31, 2016 scheduled to be held on February 2, 2017.

The impairment charge resulted from a downward revision in the future profitability projection for the Motion Pictures business within the Pictures segment. The downward revision was primarily due to a lowering of previous expectations regarding the home entertainment business, mainly driven by an acceleration of market decline. Underlying profitability projections of film performance were also reduced, but the adverse impact of that reduction is expected to be largely mitigated by measures that have been identified to improve the profitability of the Motion Pictures business.

Profit in the Pictures segment overall is expected to grow due to measures currently being undertaken to improve the profitability of the Motion Pictures business and further expansion of the Television Productions and Media Networks businesses. The Pictures segment continues to be an important business of Sony.

Background and Reason for the Impairment

The Pictures segment has two reporting units for goodwill: Production & Distribution (which includes the Motion Pictures and the Television Productions businesses) and Media Networks. As a part of its regular process of reviewing the future profitability projections of all of its business segments, in the third quarter ended December 31, 2016, Sony adopted a new profitability projection for the Pictures segment for the three fiscal years ending March 31, 2018 through March 31, 2020 which took into consideration the actual past results of the segment, changes in

the operating environment and other factors. When step one was conducted using this new profitability projection, the estimated fair value of the Production & Distribution reporting unit was determined to be below its carrying value. This was because the future profitability projection was revised downward primarily for the reasons mentioned above.

Consequently, step two was conducted. Each asset and liability was valued as if the reporting unit were being acquired at the estimated fair value. The assets of Production & Distribution include capitalized film costs (including the value of the film library), intangible assets (including trade names and licensing agreements), and tangible assets (including land and buildings). In the revaluation, the fair value of these assets, among others, was determined to be above their carrying value. As a result, no portion of the fair value of the reporting unit was allocable to goodwill, and the carrying value of goodwill was determined to be zero. Consequently, the entire amount of the goodwill in Production & Distribution, 112.1 billion yen, was impaired, and an operating loss was recorded in the Pictures segment in the third quarter ended December 31, 2016. The fair value of the assets and liabilities calculated in step two is only used for the purpose of the goodwill impairment test process and is not reflected on the balance sheet of Sony and is not recognized as profit from an accounting perspective.