How to Dominate the Animation Industry in 2022

Animators in the $32B 3D & VFX industry are always working; with over 62,000 animation jobs in the US alone and continued growth expected for the foreseeable future, there’s never been a better time to start a career. 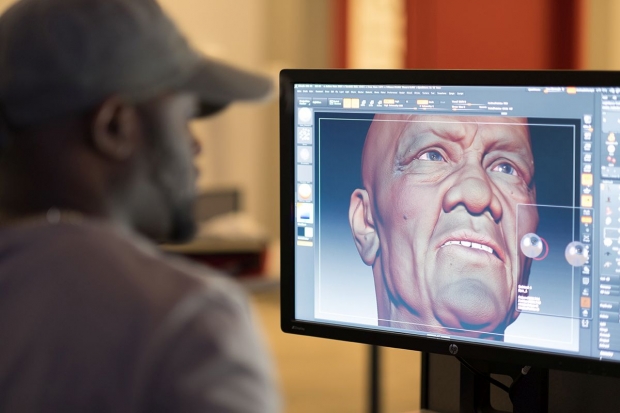 There’s never been a better time to start an animation career in a $32B 3D & VFX industry where animators are always hired and always working.

Vancouver Film School (VFS) is ranked the #1 Canadian and #1 International animation program, according to Animation Career Review. In fact, VFS has topped ACR’s Canadian list for the past 5 years and their international list for the past 3. For this success, VFS credits their one-of-a-kind educational model – fast-paced, production-based industry programs that get students trained, hired, and working in the creative industries in just 12 months.

Despite the job uncertainty that looms over many industries, one thing’s for certain: there’s never been a better time to start your animation career. But why exactly is that? And why is VFS the best option?

#1 – THE ANIMATION INDUSTRY IS COLOSSAL

#2 – VANCOUVER IS THE #1 ANIMATION HUB IN THE WORLD

There are over 60 animation studios in Vancouver, and VFS has an in with all of them. At VFS, you’ll network with professionals from the likes of Disney, Sony, Bardel, Industrial Light and Magic, Method Studios, Double Negative, Mainframe Studios, Zoic, Atomic Cartoons, Titmouse, Imagine Engine, and many more around Vancouver and the world. You won’t have to wait to join the industry AFTER school – you’ll be joining it AT SCHOOL.

#3 – VFS TRAINS ANIMATORS FASTER THAN ANYONE

The bottom line – VFS gets you industry-ready in just 12 months. That’s faster than all traditional 4-year programs. Learn the ins and outs of 3D & VFX quickly so you can start gaining experience and earning immediately.

#4 – VFS TRAINS ANIMATORS FOR THE VIDEO GAME INDUSTRY TOO

A 3D Animation education at VFS not only sets you up for success in 3D & VFX – it also opens doors in an industry catering to more than 2.5 billion gamers worldwide. Worth over $180 billion in 2021 and projected to reach $257 billion by 2025, the video game industry is the largest in the entertainment world. And, with an expected 3,000+ new animation jobs in games by 2028, there will continue to be a demand in the video game industry for you!

#5 – THERE WILL ALWAYS BE WORK FOR ANIMATORS

Animators are ALWAYS working and ALWAYS hired. VFS alumni are consistently credited on the highest grossing films, TV shows, & games in the industry, from Spider Man: No Way Home, to Game of Thrones, and Halo Infinite. The longevity of your animation career is undeniable.

#6 – OUR ALUMNI GO ON TO BE INDUSTRY LEADERS

Take it from Oscar-winning VFS alum Lino DiSalvo (Frozen): “You will have work in this industry forever. People will want to work with you, and you will be a rockstar.” There has never been a better time for you to start your animation career. About Vancouver Film School and the animation industry itself, Colin Giles – Head of VFS’s School of Animation – adds, “VFS has graduated thousands of artists over the past 30 years that are now working and leading the industry around the globe. We have an immersive, production-based education model. It's fast paced, and our one-year intensive diploma programs give students direct training in their field of choice.”

He continues, “We have over 55,000 square feet of production space, a wide scoping industry mentorship program, a large full-time staff of experienced professionals, and a direct onsite relationship with Canada's leading performance capture studio Beyond Capture. Locally here in Vancouver, the animation industry has grown by about 300% in some cases. There is so much content being created and produced that there are simply more opportunities across a wider spectrum of the industry for graduates.”

The demand for animators in the 3D & VFX industry is colossal, and Vancouver Film School’s 3D Animation & Visual Effects program can get you there in one short year. Your opportunity starts now.

Choc Chip Animation Riffs on Pop Culture in ‘The Art of Murder’
F is for Flake: The (Not So) Great Animation Robbery?
Re-VIEW: ‘Avatar: The Way of Water’ – A Miraculous Vision
‘Kung Fu Panda: The Dragon Knight’ Celebrates a Special Lunar New Year
END_OF_DOCUMENT_TOKEN_TO_BE_REPLACED