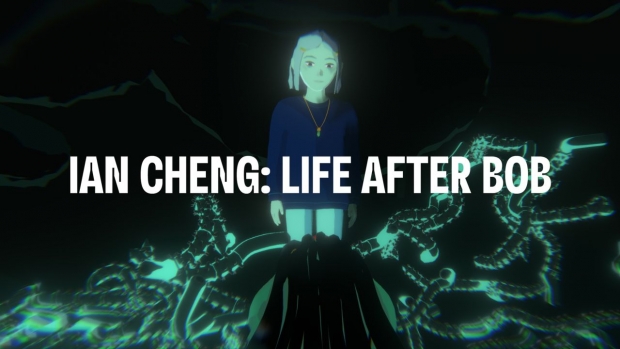 The Shed, a new cultural institution in NYC’s west side, is partnering with Luma Arles and LAS (Light Art Space) to present an international tour of Ian Cheng’s new work Life After BOB, an innovative form of narrative animation that imagines how artificial intelligence will transform the archetypal scripts that guide our lives. This tour features the first episode in the miniseries, The Chalice Study, a 48-minute animation constructed and presented “live” using the Unity video game engine. Life After BOB integrates classic authored storytelling with simulated real-time features that enrich the viewer’s relationship to the characters and details of their world.

The exhibition premiered at Luma Arles in Arles, France, in June 2021 and is heading to The Shed for its North American debut September 10 – December 19, 2021, followed by its Berlin presentation by LAS in 2022. The Leeum, Samsung Museum of Art in Seoul, South Korea, provided support for the dynamic features for Life After BOB.

Life After BOB: The Chalice Study, introduces the character of Chalice Wong, a 10- year-old girl whose father, Dr. Wong, installs an experimental AI named BOB (“Bag of Beliefs”) into her nervous system to guide her through the challenges of maturing in an ever-changing world. As Dr. Wong begins to favor the BOB side of Chalice, and as BOB threatens to do the job of living Chalice’s life better than she can, Chalice jealously wonders: what is left for her classic human self to do?

The project pioneers a new form of programmable narrative media that allows the viewer to deeply explore the narrative’s world, and even influence its contents. Cheng combines Unity’s suite of real-time cinematic tools with an AI-mediated “world wiki” that grants the viewer read/write permissions to play with, modify, and extend the details of the fictive world by editing the wiki. The exhibition will showcase a large-scale experience of the narrative animation that foregrounds the drama of the story but will also double as a living presentation of edits made to the Life After BOB world wiki. The exhibition will also include an interactive “World Watching” presentation of the animation that allows viewers to freely explore the details of the Life After BOB world at their own tempo.

“Life After BOB imagines new archetypal characters for our ever-weirdening times and gives life to them through an experience that integrates authored cinematic storytelling with open-ended simulated worlding,” explained Cheng.

In his recent work, Cheng has drawn on principles of video game design, improvisation, and cognitive science to create computer simulations that explore an agent’s capacity to deal with an ever-changing environment.

“Ian Cheng is at the vanguard of art and technology, defining how the medium has shaped and continues to shape our world,” shared The Shed chief curator Emma Enderby. “His work confronts ongoing concerns with the relationship between bodily and cognitive experience. Life After BOB builds on Cheng’s ongoing exploration of the nature of mutation and the capacity of humans to relate to change, both within the story and within the experience of the work itself.”

“Ian Cheng is a truly innovative artist and a thinker who has expanded with his practice the field of possibilities,” noted Luma founder Maja Hoffmann. “Ian’s future-oriented approach is a constant inspiration for us. His work is groundbreaking, and we are thrilled to be hosting the world premiere of his recent explorations at Luma Arles. The Luma Foundation, Luma Arles, and myself personally have embraced Ian’s innovative thinking from early on in his career. It is a huge privilege to work with The Shed and LAS in supporting and presenting such a remarkable new commission.”

“Artificial intelligence presents some of the most urgent and intriguing possibilities for our times,” added LAS director Bettina Kames. “At LAS we work with artists pushing the boundaries between art and new technologies, so I’m delighted to be working with Ian Cheng on this new project which uses cutting-edge technology to describe a provoking and unsettling imagined future, one in which the line between humans and machines has become startlingly blurred.”