25-year industry veteran brings technical and creative skills acquired while working at the forefront of emerging visual effects technology; his hire comes on the heels of continued growth in the media company’s VFX division. 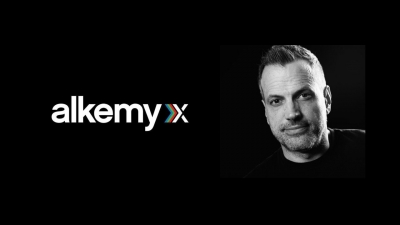 Global media company Alkemy X has announced the hire of VFX supervisor Jep Hill. Hill brings over 25 years of visual effects experience; his creative and technical skills reflect a career spent on the forefront of emerging visual effects technology. He has a demonstrated talent for pushing creative boundaries while still focusing on process and pipeline efficiency. He has worked with some of the industry’s top firms including a recent stint at ILM. Past credits include Armageddon; The Polar Express; The Lord of the Rings: Two Towers; Mighty Joe Young; The Giver; and Spiderman: Homecoming.

"At Alkemy X, we not only have the honor of being trusted with some of today's preeminent titles in entertainment, but we pride ourselves in pushing the boundaries both creatively and technically," noted Alkemy X president & CEO Justin Wineburgh. "We are beyond excited to have someone with such a depth of talent and an eye towards innovation like Jep joining our team. Despite the challenges of the pandemic, our VFX team has continued to reach new creative horizons and I'm looking forward to the enhanced synergy he'll bring to the team."

“Alkemy X works on an impressive lineup of high-profile projects, but they are also extremely innovative and open to creative exploration,” added Hill. “I’m really excited to join such a talented team and explore opportunities to leverage emerging technologies to fuel dynamic storytelling.”