Veteran compositing supervisor brings with her more than 40 movie and TV credits including ‘Ghostbusters,’ ‘The Jungle Book,’ ‘X-Men: Days of Future Past’ and ‘Avatar.’ 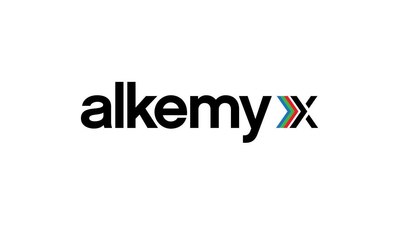 PHILADELPHIA, PA -- Alkemy X has hired Rebecca Manning as compositing supervisor for its visual effects division. Arriving from Weta Digital, Manning brings with her 16 years of experience on more than 40 major feature film and television project, including Ghostbusters, The Jungle Book, X-Men: Days of Future Past and Avatar. Based at Alkemy’s New York studio, she will lead the compositing team on current projects including the television series The Marvelous Mrs. Maisel, Fear of the Walking Dead, Mr. Mercedes and Blindspot.

Mark Miller, executive producer/business development, “Rebecca is a gifted artist with strong artistic, technical and leadership skills. She has led large teams on challenging projects and delivered outstanding results. She is an excellent addition to the Alkemy X team as we continue to grow and expand our capabilities on both coasts.” Manning served as senior compositor at Weta Digital on the films War for the Planet of the Apes and Mortal Engine. Previously, she worked as senior compositor at Digital Domain, Iloura and Rising Sun Pictures. In 2017 she was senior composter on the team that won the Academy Award for Best Visual Effects for The Jungle Book. The film also won a VES Award for Compositing. She was also part of the team that won the 2010 Oscar for Visual Effects for Avatar. Manning has been a lead and look development artist at several companies including head of department at Framestore in London. Other notable credits include The Hobbit: The Battle of the Five Armies, The Chronicles of Narnia: The Voyage of the Dawn Treader and Harry Potter and the Deathly Hallows: Part I. She served as chair of the Visual Effects Society’s UK board in 2011.

“I love art, I love movies and I love technology,” observed Manning. “Compositing combines all three. Some compositors tilt toward the artistic side; others are more technically minded. I have a good combination of the two and have been interested in art and technology since I was very young. Compositing is a role I’m ideally suited to.”

Manning said she was drawn to Alkemy X by Miller’s plans to expand its visual effects division and compete for the largest and most challenging film, television and advertising projects. “Alkemy X is committed to delivering the highest quality in visual effects and bringing in top caliber projects,” she continued. “I want to be part of that push forward and help the studio compete on the global stage. The team here is very enthusiastic and it shows in the work.”