Fan-favorite anime feature directed by Hayao Miyazaki returns to theaters in both English dub and the original Japanese versions July 22, 23 & 25. 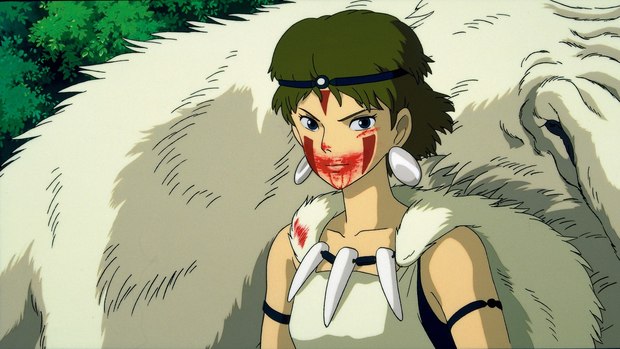 Throughout 2018, GKIDS and Fathom Events continue their collaboration to bring a new line-up of treasured animated features to U.S. cinemas. STUDIO GHIBLI FEST 2018 gives fans an opportunity to see nine of Studio Ghibli’s celebrated animated masterpieces on cinema screens nationwide, along with some very special surprises.

From the legendary Studio Ghibli, creators of Spirited Away, and Academy Award-winning director Hayao Miyazaki, comes an epic masterpiece that has dazzled audiences worldwide with its breathtaking imagination, exhilarating battles and deep humanity. Inflicted with a deadly curse, the young warrior Ashitaka heads west in search of a cure. There, he stumbles into bitter conflict between Lady Eboshi, the proud people of Iron Town, and the enigmatic Princess Mononoke, a young girl raised by wolves, who will stop at nothing to prevent the humans from destroying her home and the forest spirits and animal gods who live there.

Tickets for Princess Mononoke can be purchased online by visiting www.FathomEvents.com or www.GhibliFest.com and at participating theater box offices. Moviegoers throughout the U.S. will be able to enjoy these events in over 700 select movie theaters. A complete list of theater locations will be available on the Fathom Events website (theaters and participants are subject to change).

Watch the re-released vintage Japanese trailer and the event trailer below: