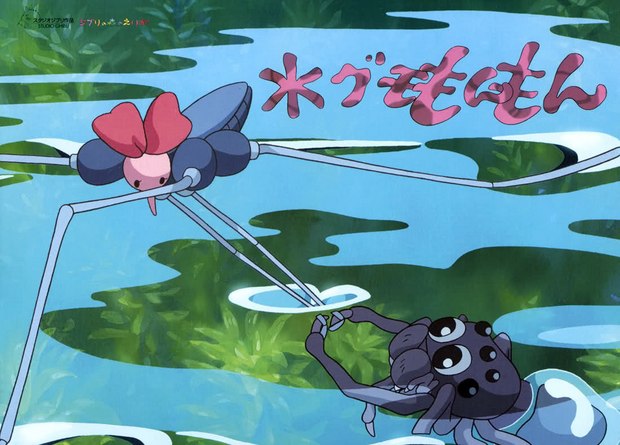 Studio Ghibli short ‘Monmon the Water Spider,’ which was produced in 2006 andcan be seen at the Ghibli Museum in Tokyo, is based on Miyazaki’s story idea for ‘Boro, the Caterpillar.’

Legendary anime director Hayao Miyazaki is planning on coming out of retirement to turn the work-in-progress CG-animated short film, Boro the Caterpillar, into a feature-length animated film, according to a report by Anime News Network.

Reportedly unsatisfied with the project as a short, Miyazaki first proposed a feature-length version in August, noting that if the project took him five years to make, he would be 80 years old upon its completion.

Miyazaki’s proposal suggested that he could finish the film by 2019, in time for the 2020 Olympics in Tokyo, and apparently the Oscar-winning director is already at work on the project, which has not yet been officially green-lit.

This isn’t the first time Miyazaki has changed his mind about retirement. The Spirited Away director first announced his retirement in 2013 before deciding to work on the short film version of Boro the Caterpillar. The famed director previously described the short as “a story of a tiny, hairy caterpillar, so tiny that it may be easily squished between your fingers.”

Head over to Anime News Network to read the full report.