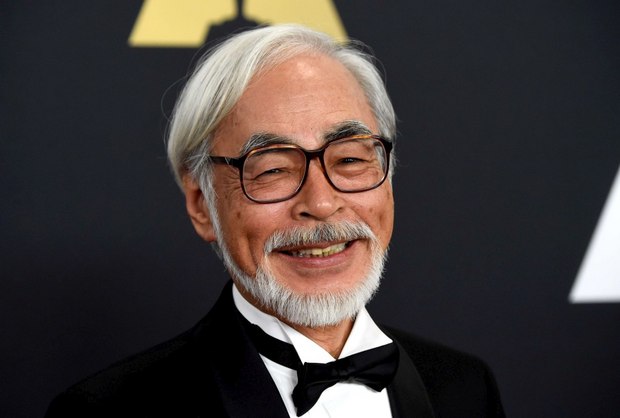 At a screening of director Michael Dudok de Wit’s Oscar-nominated animated feature The Red Turtle -- a Studio Ghibli co-production -- held Thursday night at the Academy’s Samuel Goldwyn Theater, Suzuki remarked that Miyazaki had showed him storyboards for the new work late last year, stating, “Right now in Tokyo, he’s putting all his effort into making it.”

While outlets such as Anime News Network are speculating that the new film could be a feature-length version of Miyazaki’s previously announced CG-animated short, Boro the Caterpillar, Suzuki revealed no additional details about the project. “All I can say is that it’s really interesting,” he said.

Miyazaki’s most recent film, The Wind Rises, was nominated for the Oscar for best animated feature in 2014 and received more than 20 other awards, including the Japan Academy Prize for animated feature and an Annie Award for writing. Produced by Suzuki, Miyazaki wrote and directed the anti-war themed film, announcing upon its release that it would be his final feature.

In 2015, Oscar-winning Spirited Away director revealed that he was experimenting with CG animation with a new short film based on the character of Boro the Caterpillar from his 2006 short, Monmon the Water Spider. Then, in 2016, Miyazaki proposed that Boro the Caterpillar be adapted into a feature and, although the project has yet to be officially green-lit, reportedly has been working on it ever since.