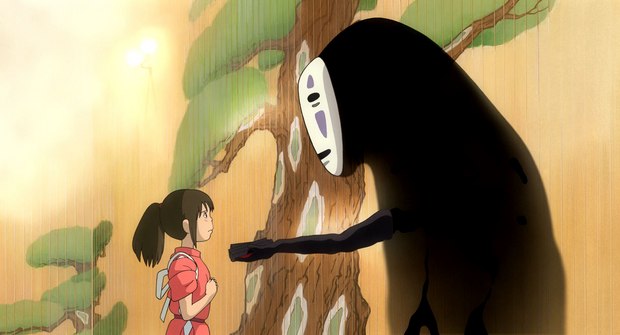 Beginning October 17, 2017, GKIDS will begin reissuing new Blu-ray and DVD editions of Studio Ghibli’s renowned films with six initial titles from Academy Award-winning director Hayao Miyazaki: Howl’s Moving Castle, Kiki’s Delivery Service, My Neighbor Totoro, Ponyo, Princess Mononoke, and Spirited Away followed by Castle in the Sky and Nausicaä of the Valley of the Wind on October 31, 2017. The remaining titles will be reissued in the coming months in brand new Blu-ray and DVD, and are listed below.

The Studio Ghibli library, led by directors and studio co-founders Hayao Miyazaki and Isao Takahata, is one of the most coveted and critically-lauded in animation, and includes such films as the Academy Award-winning Spirited Away, which was recently listed at #2 in the New York Times’ “Best Films of the 21st Century So Far,” the Academy Award nominated Howl’s Moving Castle, the epic masterpieces Princess Mononoke and Nausicaä of the Valley of the Wind, and the beloved family classic’s My Neighbor Totoro and Kiki’s Delivery Service.

The announcement represents a continuation and deepening of the relationship between GKIDS and Studio Ghibli. GKIDS has handled theatrical rights for the Studio Ghibli catalogue since 2010, and released the studio’s recent films From Up on Poppy Hill, and the Academy Award-nominated titles The Tale of The Princess Kaguya and When Marnie Was There, as well as the previously unreleased Only Yesterday and Ocean Waves. With the new deal, Studio Ghibli theatrical and home entertainment have been brought together under one roof for North America.

As previously announced, GKIDS, in partnership with Fathom Events, is bringing six beloved Ghibli titles back to theaters nationwide with Studio Ghibli Fest 2017. Kiki’s Delivery Service will play for two shows only on July 23rd and 24th in both dubbed and subtitled versions at approximately 600 theaters. To buy tickets and view the full schedule, visit www.fathomevents.com/series/studio-ghibli-fest.

“GKIDS is absolutely thrilled and honored to be the home of the treasured Studio Ghibli catalog,” says GKIDS CEO Eric Beckman. “These are among my favorite films of all time and we are more than excited to be able to introduce these films to new audiences.”