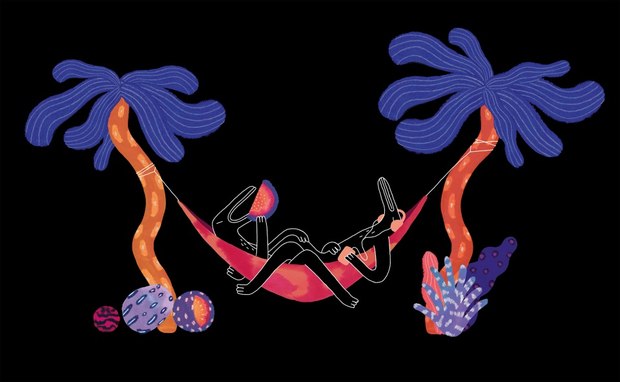 KLIK has announced Nora Twomey and Faiyaz Jafri as the first international guests and speakers of this year’s edition.
Nora Twomey is an Irish animator and the co-founder of the revered animation studio Cartoon Saloon. She worked on not one, but two Academy Award nominated films: The Secret of Kells (2009) and Song of the Sea (2014). Her first solo feature, The Breadwinner (2017), is set in Kabul in 2001 and follows a young girl who disguises herself as a boy in order to support her family after her father is arrested by the Taliban. The film marks another Oscar nod for Nora, making it onto this year’s short list for best animated film. At KLIK she will share her inspiring story and give insights into her work process. KLIK will also be showing her feature film The Breadwinner.

Faiyaz Jafri is a filmmaker and new media artist of Pakistani descent, born and raised in the Netherlands. He is the founder and curator of the Third Culture Film Festival in Hong Kong and teaches at Parsons School of Design in New York. His hyper-unrealistic style incorporates popular culture references that together merge in the creation of an absurd and psychedelic world. Faiyaz’ award-winning films have been featured at prestigious festivals and museums, and he has worked for commercial clients including IBM, Coca-Cola, and Ford. He will join the festivities to share insights into his extraordinary work. Each year, KLIK presents a carefully curated selection of films that touch on a current theme. Whether it be gender fluidity and queer culture (Boys, Girls & Beyond, 2014), a return to DIY culture and craftsmanship (Rock, Paper, Scissors, 2015) or becoming critically aware of your surroundings (The World We Live in, 2016), KLIK aims to show and address current societal trends and issues.

This year, KLIK goes introspective and takes a look at the wondrous worlds of the mind. The visual freedom of animation as a medium makes it particularly great for the visualization and exploration of a state of mind. Emotional states, attitudes, temperaments, dreams, meditation, drugs, mental disorders as well as an animal’s mind are all represented in this year’s set of curated films. The world of the mind is endless, mysterious, and fascinating.

For this year’s theme program, State of Mind, KLIK will present a curated selection of films playing with the tropes of the theme, showing glimpses of the minds of others. As a result, KLIK hopes to spark both conversations and understanding for different perspectives and perceptions of the world.

More details will be released soon. The full program will be available at the end of September.

For festival visitors who want to have a head start, KLIK offers passe-partouts for a reduced price of 60 euros. The KLIK Unlimited Pass grants access to all screenings and programs during the entire festival (apart from workshops and masterclasses), and access to our (in)famous parties. These passes are only available online for a limited time for a reduced price at klik.stager.nl/web/tickets.