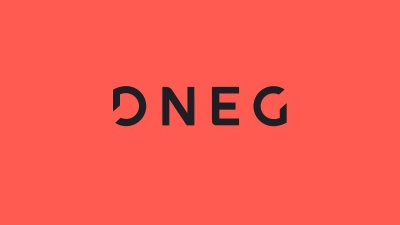 DNEG is now open for business in the King West district of Toronto. The previously announced expansion is part of the company’s plans to aggressively broaden its footprint in Canada, increasing its VFX and animation operations and talent pool to meet surging worldwide multiplatform demand. The Toronto studio officially opened on May 13 and already has 150+ new hires.

“I am thrilled with the progress DNEG has made over the past six months in establishing a strong presence in Ontario, with exciting career opportunities in visual effects work for film and episodic projects, feature animation, and technology,” noted general manager, Gavin Graham. “The welcome we have received from local trade associations, Toronto Mayor John Tory, and his team, and of course the incredible talent pool in Toronto, has been overwhelming.”

The company remains on track to hire 200 employees for its Toronto studio in the first year including many new technology positions. With plans to scale the studio further in year two, the company has embraced a flexible, hybrid in-office workforce approach to addressing ongoing COVID-19 precautions as well as supporting the recruitment of top talent in the competitive VFX and animation labor marketplaces.

“Toronto’s film and television production industry is second to none in the world, and I am delighted to welcome DNEG to be a part of this dynamic and thriving sector,” added Toronto Mayor John Tory. “DNEG will join industry leaders and our locally- based, globally minded talent, to further grow and diversify the sector. We welcome DNEG to the Toronto Region and embrace its enhanced presence and partnership in original content production.”

“DNEG is proud to invest in its Canadian studios, providing the local VFX, animation and high-tech talent pool in the area with opportunities to work on some of the world’s biggest films as we experience increasing demand from the entertainment industry for our premium quality work,” noted DNEG Chairman and CEO Namit Malhotra. “We remain committed to our long-term growth strategy as DNEG expands from feature film and episodic TV content to take advantage of opportunities in adjacent markets, including gaming and the metaverse.”

DNEG has been working closely with Toronto Global, a team of experienced business advisors assisting global businesses to expand into the Toronto Region.

“Toronto Global was pleased to work with DNEG to help establish its new studio in the Toronto Region, bringing hundreds of jobs and significant economic benefits to our world-class television and film production sector,” said Stephen Lund, CEO, Toronto Global. “DNEG’s investment is yet another signal that the spotlight continues to shine brightly on the Toronto Region.”

During the recent award season, DNEG was again recognized with a number of industry honors, including an Oscar for Best Visual Effects for its work on the hit movie Dune.