Up to 200 new jobs to be created as part of opening fourth North American facility; 300 additional staff are being recruited for new jobs in Vancouver and Montreal offices, including 100 in new feature animation division. 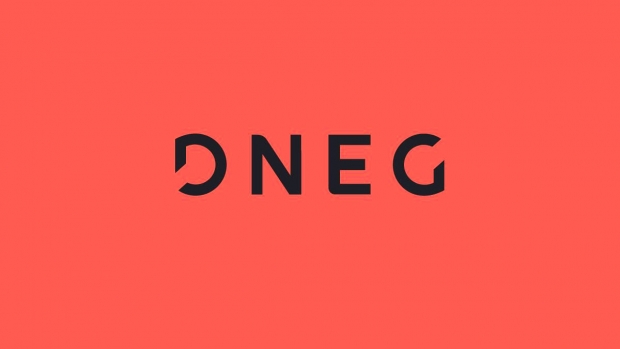 To meet the needs of a worldwide surge in demand for its content across all platforms, DNEG has announced plans to increase its Canada-based VFX and animation operations and talent pool. The company is planning a new studio in the Greater Toronto Area that will initially employ up to 200, including many new technology positions, as well as expanding its existing Vancouver and Montreal offices, and adding a new studio for its feature animation division in Vancouver. DNEG also has North American operations in Los Angeles.

North American expansion and investment bolsters DNEG’s leadership and multiplatform capabilities as a modern-day content production powerhouse for major Hollywood and independent studios and production companies. The studio is well positioned to capitalize on high demand in the entertainment marketplace for its award-winning VFX and animation services in the creation of streaming, feature film, and TV content.

“As DNEG continues to build upon its award-winning legacy, we are further investing in Canada by creating up to 200 new jobs in the Greater Toronto Area with the opening of our fourth North American studio,” commented DNEG chairman and CEO Namit Malhotra. “We are also continuing to build out our studios in Vancouver and Montreal to support our upcoming slate of VFX projects, and extending our highly successful Feature Animation team to Vancouver as they move into production on five new animation projects. Growth in our Canadian talent and capabilities will help us strategically align with the demands of the entertainment industry and seize upon our new growth initiatives and content creation opportunities.”

The new Toronto studio will create up to 200 new jobs, initially in a remote-work capacity. Roles will encompass visual effects for film and episodic projects, feature animation, and technology positions.

“I’m excited that DNEG is bringing these new opportunities to the visual effects and technology communities of the Greater Toronto Area,” added DNEG Global CTO Paul Salvini. “As a resident of Kitchener / Waterloo myself, I’m well aware of the strength of the technology talent in this area. This is a great chance for technologists working in AI, machine learning, UX and across a broad spectrum of technology areas to refocus their talents on helping to create incredible imagery for some of the world’s biggest feature films and episodic series. We’re not fixed on candidates having previous film or media industry experience – we’re looking for passionate and curious technologists who are excited at the prospect of a new challenge.”

DNEG will be creating up to 300 new jobs across its Vancouver and Montreal offices, including up to 100 new positions in Vancouver for its feature animation team, to support their upcoming slate of animation projects. Opportunities will be posted at DNEG.com.

DNEG has won six Academy Awards for Best Visual Effect, as well as multiple awards for its visual effects work on high-end episodic shows for OTT and streaming clients. To take full advantage of the surge in demand across film, television, and streaming platforms, DNEG is bolstering its world-class VFX and animation services, and continues to innovate its technology infrastructure and strengthen its global reach, including these North American expansions and its recently opened Bangalore studio, DNEG’s fourth location in India.

Employees will be working remotely for now due to COVID-19. Opportunities will be posted on the DNEG website.