Leading VFX and animation company enters deal with publicly traded SPAC Sports Ventures; combined company, to be led by current CEO Namit Malhotra, will be listed on the Nasdaq. 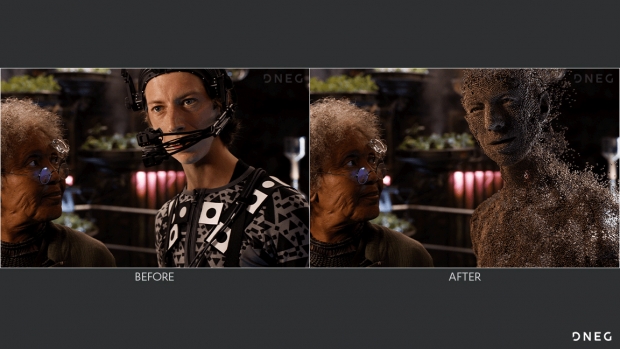 DNEG, a leading VFX and animation company with over 7,000 global employees, has just announced it has entered into a definitive business combination agreement with publicly traded SPAC (special purpose acquisitions company) Sports Ventures that, upon closing, will see the combined company renamed DNEG, with its ordinary shares listed on the Nasdaq.  The combined company will be led by Namit Malhotra, DNEG’s Chairman and Chief Executive Officer.

You can find revenue projections and deal specifics in the full company release. Highlights include:

With operations in North America (Los Angeles, Montréal, Toronto and Vancouver), Europe (London), and Asia (Bangalore, Chandigarh, Chennai and Mumbai), DNEG is one of the world’s largest producers of feature film, television, and multiplatform content. Formed by the 2014 merger of Prime Focus (founded in 1997) and Double Negative (founded in 1998), the company has been awarded 6 out of the last 10 Academy Awards for Best Visual Effects.

Sports Ventures Acquisition Corp. is a blank check company organized with the purpose of effecting a merger similar business combination with a major entertainment powerhouse. It is led by Alan Kestenbaum, businessman and minority owner of the Atlanta Falcons of the NFL. Other leadership members include Robert Tilliss, Daniel Strauss, and Steve Horowitz.

According to Malhotra, “As we take the next logical step in our evolution, partnering with Sports Ventures on the road to becoming a publicly traded company, I would like to thank and celebrate our talented teams across the globe. Every day, they come together to create incredible new worlds for our storytelling partners, raising the bar for every project that we deliver. This transaction creates long-term stability for our teams while also allowing us to exploit the tailwinds in the media and entertainment industry and the explosion in demand for content, which are huge growth drivers for our company. I am excited to take the best of everything that makes our company so successful and to use it as a platform on which to build and innovate further. Leveraging our leading technology stack, DNEG is already making great strides into new growth areas such as gaming and content creation partnerships, and we are perfectly positioned to exploit massive new opportunities in the metaverse and the convergence of all forms of content creation.”

“As a recognized worldwide VFX and animation industry leader, DNEG has a huge opportunity to capitalize on rapidly growing demand from Hollywood studios, production companies and streaming services,” said Kestenbaum. “The sterling reputation that Namit and his exceptional team at DNEG have built is reflected not only in the awards they’ve won, but in the deep and longstanding relationships the company holds with the world’s largest content creators. The opportunity for expansion into new markets, such as gaming and the metaverse, as well as new markets for its core VFX and animation services, offers tremendous growth potential.”

More information on DNEG’s industry-leading and award-winning work can be found at www.dneg.com.