Former Glassworks veteran has contributed to countless projects such as the One Show award-winning ‘Parental Role Modelling’ TAC campaign and the captivating Philippe André-directed Lycra campaign. 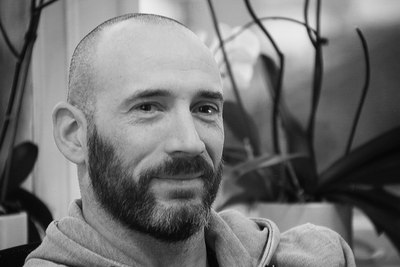 London-based boutique VFX studio Nineteentwenty has announced the appointment of Duncan Horn, who joins the company’s Soho office from Glassworks as VFX Supervisor.

Duncan’s appointment follows a rich and illustrious career in VFX. He cut his teeth in post-production as a runner at Smoke & Mirrors before taking up the position of Senior VFX Artist at Glassworks. During his 14-year tenure at Glassworks Duncan lent his talent to countless works such as the One Show award-winning TAC campaign, ‘Parental Role Modelling’, and the captivating Philippe André-directed Lycra campaign. Throughout the years, he has collaborated with award-winning directors and photographers, such as Johnny Green, John Mathieson, Mario Testino, Warren Du Preez, and Nick Thornthon Jones.

“We’re delighted to add Duncan to the team,” nineteentwenty co-founder and creative director Ludo Fealy commented. “We’ve known each other for a long time and over the years he has distinguished himself as a versatile and formidable talent. Duncan’s mastery of Flame and Nuke Studio, coupled with his extensive and varied background in both long form and commercial projects, makes him the perfect person to strengthen our offering as we look to build upon our successes from last year.”

“I’ve known Ludo for well over a decade now so I’ve long been aware of the brilliant work by the team at nineteentwenty,” Duncan said. “The company’s staff-centered philosophy and modern set-up across Bristol and London really speaks to me. This is a great opportunity to be part of a growing facility that champions a unique technical offering. I’m looking forward to branching out into a new way of working and dealing exclusively with Nuke and Nuke Studio. I think it’s going to be a very exciting year!”