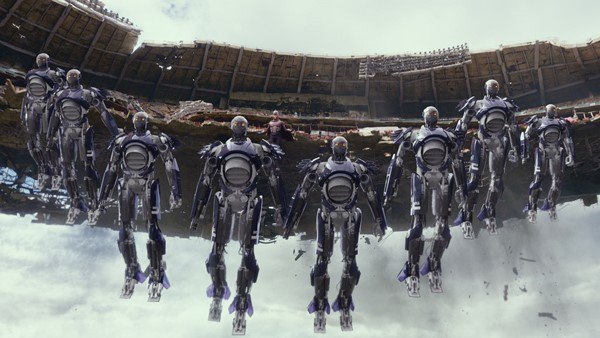 Los Angeles, CA -- Shotgun Software, developer of the cloud-based collaboration platform for creative companies (recently acquired by Autodesk), was integral to the production of over a dozen of this summer’s tentpole films. Used by visual effects studios worldwide, Shotgun played a key role in keeping artists and shots on track at facilities such as Digital Domain, Milk VFX, Framestore, Method Studios, Double Negative, Atomic Fiction, Image Engine, Rodeo FX, Factory VFX and more, for films including X-Men: Days of Future Past, Transformers: Age of Extinction, Guardians of the Galaxy, Teenage Mutant Ninja Turtles, The Giver, Hercules, Lucy, The Maze Runner, and others.

Digital Domain has been using Shotgun for more than five years, relying on it recently to manage VFX workflows on features including X-Men: Days of Future Past, Maleficent and Into the Storm, releasing this August. Kevin VanderJagt was the company's Digital Producer on X-Men: Days of Future Past, on which Digital Domain completed more than 430 shots ranging from the 1970s Sentinels to Mystique’s shape-shifting transformations.

“Shotgun was vital to our workflow on X-Men,” said VanderJagt. “It's the backbone of our production and daily communication structure and is especially important when we have artists at multiple locations working together as one team. We rely heavily on Shotgun as the central database for all shot information -- everything we ingest from our clients, from our set survey, camera reports, lens information and plate data to our turnover notes and editorial counts all live in Shotgun. Our review notes, both internal and external, as well as our shot status and client reporting are all driven directly from Shotgun as well.”

Shotgun is also at the heart of Milk VFX’s state-of-the-art pipeline, which was custom built to leverage specific Shotgun features including the Pipeline Toolkit. For this summer’s Hercules, Milk VFX depended on Shotgun to track artist progress on a demanding range of shots. “With Shotgun we have instant access to every piece of information associated with a given shot and its status. On a massive show like Hercules, we relied heavily on Shotgun to keep our VFX pipeline running smoothly and ensure efficient collaboration across our artist and production teams,” said Will Cohen, Milk Co-Founder and CEO.

Shotgun co-founder/Autodesk senior director Don Parker, said, “The amount, quality and sheer awesomeness of the work VFX companies brought to this summer’s big hits is stunning -- as usual. Studios have to move fast, be super flexible, and collaborate with partners all over the world to meet expectations. Our mission is to support them with management and pipeline tools that enable them to do their best work and keep a healthy bottom line. We’re driven to simplify and speed up processes for everyone in the studio.”