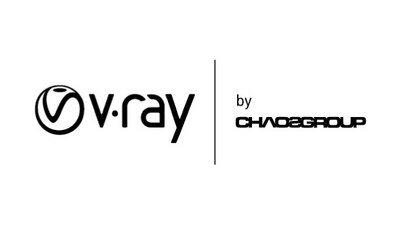 Sofia, Bulgaria -- At SIGGRAPH 2014, Chaos Group is bringing back one of last year’s most popular presentation events, “V-Ray Days.” Filled with behind-the-scenes information on rendering techniques used on films like Captain America: The Winter Solider, Maleficent, and X-Men: Days of Future Past, the two-day event will not only cover films, but broadcast television, commercials, game cinematics and more.

Both “V-Ray Days” will be held at the SIGGRAPH Convention Centre (room 223) starting at 1:00 p.m. on Tuesday (Aug. 12) and 11:00 a.m. on Wednesday (Aug. 13). Presenters include top supervisors from Industrial Light & Magic, Digital Domain, Blur Studios, Method Studios, Scanline VFX, and IKEA. This event will also be open to all SIGGRAPH attendees (see full program).

In addition to “V-Ray Days,” one of 2014’s big stories is coming to Real Time Live. Entitled “Maturing the Virtual Production Workflow: Interactive Path Tracing for Filmmakers,” the talk will target how Kevin Margo (of Blur Studios) and Chaos Group were able to create a virtual production workflow with a new prototype of V-Ray for MotionBuilder that uses ray traced rendering to display high-quality images during a live motion capture session. Chaos Group’s Vlado Koylazov and Christopher Nichols will join Margo as presenters on Tuesday, August 12 at 5:30 – 7:15 p.m. in the Convention Centre’s West Building, Ballroom C/D.

On Sunday, August 10, NVIDIA will join Margo and Nichols to discuss “How V-Ray RT and GPU rendering are Defining a New Filmmaking Paradigm” in room 223-224 in the Convention Centre at 10:15 – 11:15 a.m. Chaos Group will join NVIDIA again for their Limelight event to showcase the most recent advancements in V-Ray RT GPU rendering on Tuesday, August 12, from 6:00 – 9:00 p.m. at the Fairmont Waterfront Hotel.

In the Chaos Group Booth (#501), Autodesk will discuss V-Ray’s optimization for 3ds Max 2015; while Ephere will explain how V-Ray can be maximized for their hair creation tool Ornatrix for 3ds Max. Further demos will be conducted by Chaos Group staff and will cover everything from new developments in V-Ray 3.0 for 3ds Max and Maya to Phoenix FD. There may even be something brand new to share.

Also at the booth, visitors will see a two story V-Ray Art Gallery filled with some of this year’s most creative user artwork. The V-Ray community’s talents are enjoyed the world over making this signature installation a must see.