The 3rd annual livestream event celebrates all things ‘Star Trek’ featuring a full line-up of back-to-back conversations with cast members from across the storied franchise’s universe, announcements and reveals, and a tribute to Nichelle Nichols, coming in September. 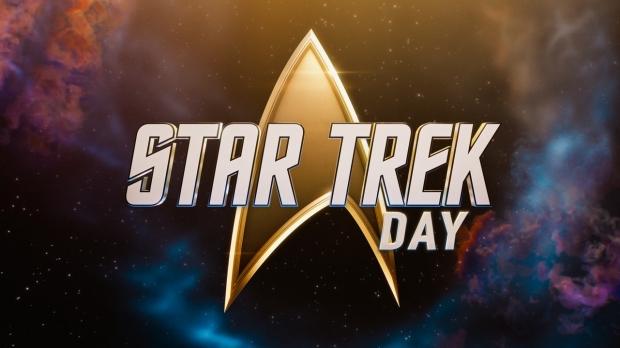 Paramount+ is inviting fans worldwide to a global livestreamed “Star Trek Day” celebration on Thursday, September 8 (12:00 PM, PT/3:00 PM, ET) that will feature back-to-back, in-person conversations with cast members from the Star Trek universe, along with announcements and reveals throughout. The program will be hosted at the Skirball Cultural Center in Los Angeles, California, with the livestreamed celebration and additional information on programming available here.

In September 1966, Star Trek debuted on television with the pilot “The Man Trap,” the first episode of Star Trek: The Original Series introducing audiences to creator Gene Roddenberry’s vision of a “world that championed diversity, inclusion, acceptance, and hope.” 56 years later, Paramount+ is honoring that day and the franchise’s enduring legacy with the third annual “Star Trek Day” celebration, providing fans a memorable way to enjoy and celebrate all things “Star Trek.”

The conversations will include the casts from the following Star Trek television series:

“Star Trek Day will be live-streamed free on StarTrek.com/Day, on YouTube (Paramount+ and Star Trek official YouTube pages), Facebook (@StarTrek), Twitter (@StarTrekonPPlus), TikTok (@ParamountPlus), and, only in the U.S., on  Paramount+’s Twitch page only in the U.S.

After their initial airing, the conversation portions of the event will be available on-demand on Paramount+.

Visit StarTrek.com/Day for the latest details on global live-stream and on-demand availability.

“Star Trek Day” will also be celebrated with a one-of-a-kind opportunity for fans around the world with the debut of in-person Star Trek Augmented Reality Delta Portals that will be set up for a limited time in select cities internationally, from September 7-8. Each location will have three Star Trek Deltas, each seven feet tall and featuring QR codes that, when scanned on Instagram, transform the objects into mixed-reality portals that bring the user into the world of Star Trek. Each augmented reality experience will be based on a current Star Trek series and feature fully 3D alien planets, classic starships, and iconic characters as they interact with both the virtual and physical worlds.

On “Star Trek Day,” the #StarTrekUnitedGives campaign returns. For every person who tweets the hashtag StarTrekUnitedGives (#StarTrekUnitedGives) on September 8, $1 will be donated and divided equally by Paramount to charities that support organizations that do the real-world work of championing diversity, equity, and innovation, in honor of the late Nichelle Nichols.