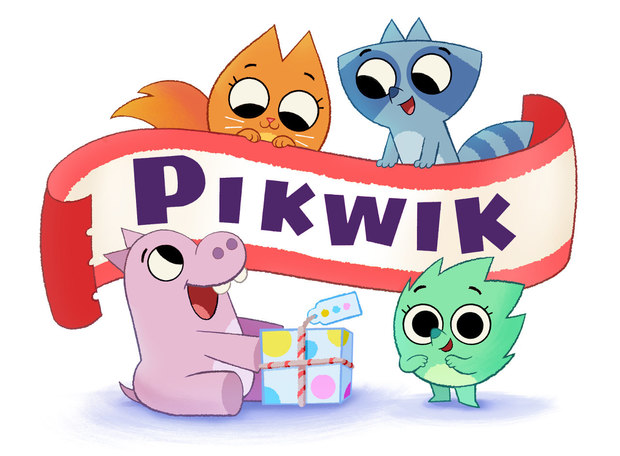 TORONTO -- Disney Junior U.S., Australia-New Zealand, Korea and India will air the new animated preschool comedy Pikwik, from Toronto-based Guru, the studio behind PAW Patrol, the Academy Award-nominated feature film, The Breadwinner, and two-time Emmy-nominated Netflix Original preschool hits Justin Time and True and the Rainbow Kingdom. Production on Pikwik begins this summer, with the series delivering the end of 2019.

The series was created by executive creative director Frank Falcone, development executive Rachel Reade Marcus and former EVP Mary Bredin. According to Falcone, “We love the world of Pikwik. This adorable cast of characters has already inspired our team of artists to tap that innocent joy that we love to bring to our animated stories. We're thrilled to be working with the amazing team at Disney Junior, who share our passion and enthusiasm for these characters and their stories.” Reade Marcus added, “We can’t wait to introduce preschoolers and their families to the quirky and bustling world of Pikwik, where fun and duty go hand in hand!"

In the town of Pikwik, every day is a new surprise as thoughtful Suki the Hedgehog leads her team, Trevor the Racoon, Hazel the cat, and Tibor the hippo to help deliver surprise-filled parcels to the colorful residents. The 11-minute stories are packed with silly hijinks, big adventure, and heartfelt charm that will entertain preschoolers while underscoring the value of team work, responsibility, and critical thinking.

Pikwik is a series for kids ages 2-5 years old, acquired by Disney U.S., Australia-New Zealand, Korea and India. Season One consists of fifty-two 11-minute episodes. Guru's long-term plans are to expand the brand into toys, apps and other consumer products to coincide with its premiere on Disney Junior.