Riot Games teams up with digital production company We Are Royale on a high-octane trailer for the new first-person shooter’s ‘Glitchpop’ weapon skins. 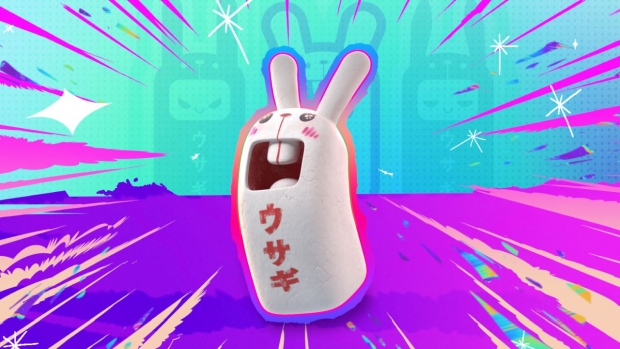 Riot chose WAR for its vibrant animation style, the perfect choice for such a high-octane game. The trailer, which reveals the colorful cyberpunk-themed selection of Glitchpop weapon skins, serves as a commercial within the Valorant world, so the audience experiences what their favorite characters would. To add more meta to meta, the trailer is interrupted by a fictional Monster Burger commercial and flashing images of cats, horses, and…toast. There’s a lot to unpack visually in the piece, screaming a vibe best described as “neon chaos.”

WAR explains, “We began with a bombastic, hyper-busy waipu aesthetic – kinda like walking through Tokyo’s Shibuya crossing at night while microdosing psilocybin (not that we would know). The spot centers around the kawaii Cyberpunk mascot, nicknamed ‘Noodle Girl’ by the creative team, with additional stickers coming to life to tour the weapons and show off gameplay. In order to live up to the chaos promised in our script, we deployed separate teams working to one up each other on different scenes and elevate Riot’s assets. From CG artists and cel animators, to 2d graphics and designers, it was a massive sprint to bring the project together.”