Mobile game is set in an industrial age fantasy world on brink of war; will be available worldwide except East Asia on Android and iOS platforms. 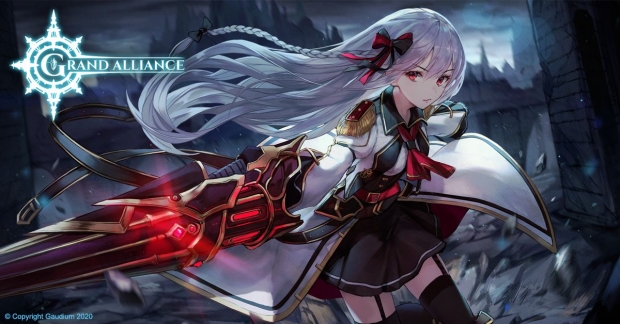 Crunchyroll Games, the interactive division of the world’s most popular anime brand, has just announced that pre-registration is now open for their new, original, anime-inspired mobile RPG game, Grand Alliance.  Produced in partnership with pop-culture publisher Viz Media, and Gaudium, an anime game developer, the game will be available worldwide, except for East Asia, on both Android and iOS devices.

Grand Alliance takes place in an industrial age fantasy world at the brink of war. The Imperial family has been torn apart, and a tyrant traitor has taken over the once prosperous Alcyon Empire. The 5 noble houses that once served as an alliance now conspire against each other over power and control of the Spires, the source of powerful magic in the world. Game players will follow the story of Amelia Ravensburg, the last true heir to the throne, and her closest allies in their journey to restore balance and return the land to its former glory.

The game provides a selection of key features that players can utilize to customize their gameplay experience: