‘Little Lungs’ anti-smoking PSAs use humor and stop-motion animation to persuade teens not to smoke. 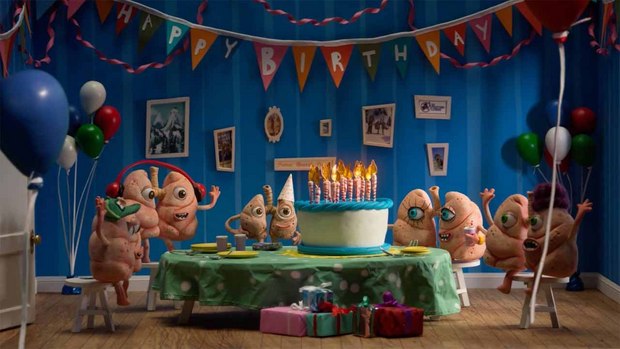 Hornet director Peter Sluszka recently teamed with FCB New York to launch an anti-smoking PSA campaign for the FDA’s Center for Tobacco Products as part of its larger “The Real Cost” campaign.

The “Little Lungs” spots use dark humor and stop-motion animation to tell the story of Little Lungs, whose lung growth have been stunted due to smoking. Each film tells a tragic yet comical tale of Little Lungs’ misadventures and misfortune – he is unable to blow out his birthday candles, keep up with others on the slopes, climb a rope, ride a bike or take a simple swim in an above ground pool.

Fabricated and shot at Hornet’s Brooklyn stage, the comedy still imbues a very serious and necessary message for youth.

The campaign has been rolled out both online and through social media channels (built and created for each platform) in the attempt to reach a teen audience. Specifically, the campaign focuses on reaching at-risk teens, who live a more chaotic lifestyle and suffer from lower socioeconomic and educational levels making them more stressed out than their peers.

“What Little Lungs lacks in respiratory capacity, he makes up for in spades with lovability, craftily delivering his message about the dangers of teenage smoking by packaging them in a very entertaining animated content series,” says the agency’s CCO Ari Halper.