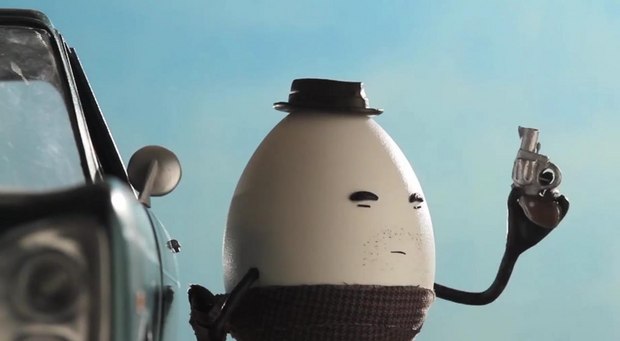 Hardboiled is a stop-motion satire of the urban American crime drama that features a cast of food. The film follows the exploits of tough talking detectives, Harry and Callaham (an egg and a slice of ham) as they frustrate their boss, an irascible knish, shake down a sleazy bacon pimp, and tangle with a megalomaniacal strawberry.

Sluszka’s career in animation spans 18 years and various media, including commercials, music videos, television, and feature films. He’s collaborated with such visionaries as Michel Gondry and Bjork and has garnered accolades from across the industry.

Currently in production in Brooklyn, New York, Hardboiled is 80 percent complete and is expected to wrap in mid-2017. An Indiegogo crowdfunding campaign, which has raised $11,145 from 108 backers towards a flexible goal of $75,000, is underway to help raise funds to finish the film.