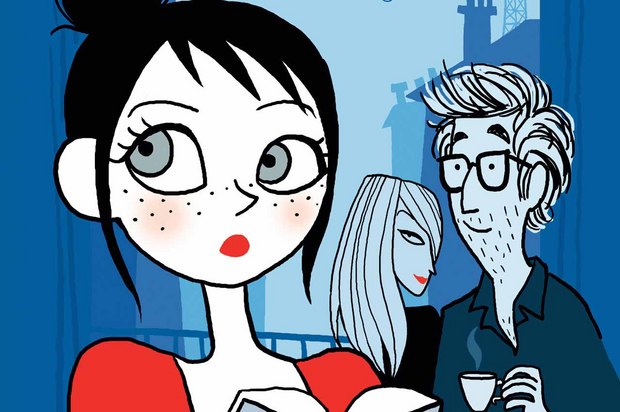 The Society of Illustrators has announced a number of international guest artists that will be attending this year’s MoCCA Arts Festival, April 1-2 in New York, including visitors from France, Israel and Poland, several of whom will participate in MoCCA’s schedule of programming events.

Beauclair, representing the Lagon anthology series, and artists Otero and Urwiller, known together as Icinori, will also be exhibiting at their own adjacent tables. The presence of this group offers an opportunity to discover an entire generation of young French artists making some of the most unique comics and graphic art today.

Israeli artists Rutu Modan and David Polonsky are both known for their provocative approach to blending historical and current events into their imaginative works. Modan is known in North America for her graphic novels Exit Wounds and The Property and for her short story collection Jamilti. Polonsky is known in North America as the art director for the animated film Waltz With Bashir, directed by Ari Folman. Both will appear at the Festival and participate in programming. And for the first time, the Bezalel Academy of Arts and Design spearheaded by Merav Salomon, will be exhibiting at the Festival through the support of the Office of Cultural Affairs, Consulate General of Israel and Friends of Bezalel.

Penelope Bagieu is one of France’s most visible young comics authors, redefining and popularizing the online possibilities of “blog comics.” She has already made an impression in North America with her graphic novel Exquisite Corpse, and will appear with First Second Books to debut her new graphic novel, California Dreamin’, about the early life of The Mamas & the Papas vocalist Mama Cass.

Polish comics artist Wojciech Stefaniec has drawn numerous books by other writers including Alveum, Szanowny and Szelki, and has since then produced several books as an auteur, including Ludzie, którzy nie brudzą sobie rąk and NOIR. His latest book is Come Back to Me Again, a phantasmagoric collaboration with writer Bartosz Sztybor, that will soon be available online in English. He will appear at the Europecomics table.

Others among international exhibitors at MoCCA include Keren Katz, visiting from Israel who will debut her new book published by Secret Acres; Spanish artist Rosario Villajos, who will appear with Fanfare, and Felipe Muhr, who will represent New Chilean Comics.

The MoCCA Arts Festival is a two-day multimedia event, drawing over 7,000 attendees each year, with 400 exhibiting artists displaying their work, award-winning honorees speaking about their careers and artistic processes and other featured artists conducting workshops, lectures and film screenings.

Source: The Society of Illustrators