Hornet director Peter Sluszka teams with agency Grey to show drivers what happens on the other side of the windshield in a clever new puppetry PSA, ‘Stop The Roadkill,’ for The Humane Society. 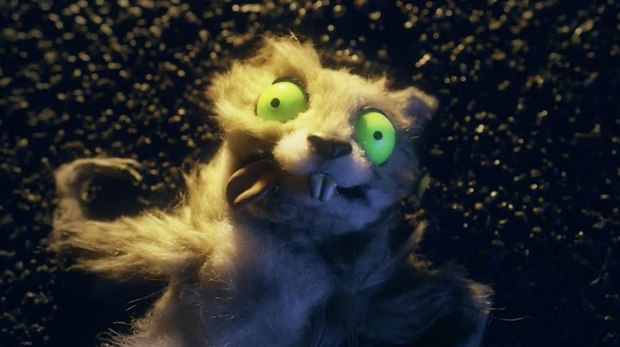 NEW YORK -- Hornet Director Peter Sluszka shows drivers what happens on the other side of the windshield in this clever PSA “Stop The Roadkill.” Collaborating with The Humane Society for Bosch, Hornet and Grey teamed up on this humorous film that advocates safe, conscientious driving via a band of cautionary, zombie animals.

“From the outset, the concept of dancing, singing, road kill zombies was inspiring! and deserved an approach that would best bring them to life,” said Sluszka. “In addition to getting the acting just right, it seemed critical that we shoot on location in a natural environment to give the zombies’ plight urgency. Even though our characters were somewhat stylized, their textures and presence felt more authentic on a roadway in the woods than it ever would have on a fabricated set.”

Six puppeteers were recruited to bring five built-to-scale puppets (back to) to life through stylized movement and choreographed dance. Sluszka’s adept storytelling and the wildly creative team from Grey worked together from pitch to post, yielding an admittedly ambitious yet successfully hilarious PSA.

The crew shot over the course of three nights in Forrest Park, Queens, capturing each scene in camera before cleaning up the bunraku-esque footage and removing the puppeteers in post.