‘King of the Hill’ Revival Not Happening at Fox

While the animated series revival still ‘has a very good chance’ of happening, it will not be on the network where it originally ran for 13 seasons, which is focusing its animation programming on new, fresh material that can be partially or completely owned. 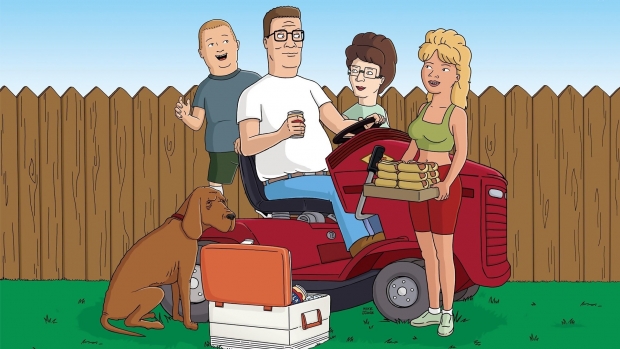 Will they, or won’t they? Talks surrounding a revival of the adult animated comedy series King of the Hill have been happening since 2017, but so far, nothing has come to fruition. It was originally believed that the new series would be hosted by the Fox Television Group, when chairman and CEO Dana Walden said the network had “preliminary conversations” with creators Greg Daniels and Mike Judge about a possible return of the Arlen, TX-based Hill family.

Now, while Judge has stated the new animated series still “has a very good chance” of happening, it will not be on Fox. Fox Entertainment president Michael Thorn spoke of the revival, stating, “That’s not going to be with Fox […]. We love that team, and we love that show. It’s obviously part of our animation legacy. But what we’re really focusing on animation is launching the kind of the next wave of our signature animated series, while still having our great legacy shows.”

Fox passing on the classic show is due largely to the fact that the network is aiming to partially or completely own all new series. Thorn also stated that, “a show like King of the Hill, which we love, there’s really no opportunity for us to have an ownership stake in that show. It’s not a move that we can make as we grow out our next wave of animation, where ownership is so, so crucial to the long-running success of these series.”

Running for 13 seasons from 1997-2009 with more than 250 episodes, King of the Hill incorporated Judge’s political humor, touching on the everyday lives of the series’ much-beloved characters. Plus One Animation Studios animated 80+ episodes of the iconic all-American family sitcom, as well as Rough Draft Studios, Yeson, and Anivision.

While we continue to cross our fingers for the revival, catch the entire original series of King of the Hill, streaming now on Hulu.

Corrected error that Disney owned the Fox Network, which it doesn't.