Oscar-nominees Amada Forbis and Wendy Tilby’s ‘The Flying Sailor’ among 4 films selected in official competition; other films include the special presentation and world premiere of ‘Theodore Ushev: Unseen Connections’ by Borislav Kolev. 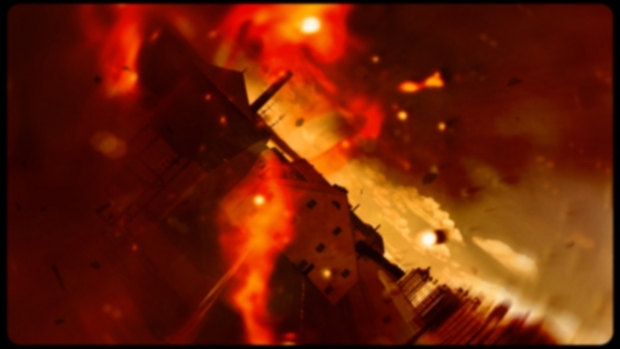 The National Film Board of Canada (NFB) returns to the Ottawa International Animation Festival (OIAF) with six animated short films, including four selected for official competition. In addition, the NFB programming contributions will include a special presentation, the world premiere of Borislav Kolev’s documentary, Theodore Ushev: Unseen Connections, and a John Weldon retrospective. The festival runs September 21-25.

From Oscar-nominated duo Amanda Forbis and Wendy Tilby, the animated short was produced by David Christensen for the NFB’s North West Studio in Edmonton.

Two ships collide in a harbor, an explosion shatters a city, and a sailor is blasted skyward. With ears ringing, blood pulsing, and guts heaving, he soars high above the mayhem and towards the great unknown. A bold blend of comedy, suspense, and philosophy, The Flying Sailor is an exhilarating contemplation of the wonder and fragility of existence. By Louis Bodart, the short is produced by Maral Mohammadian for the NFB’s English Program Animation and Interactive Studio in Montreal and part of the 13th edition of the NFB’s Hothouse apprenticeship.

Are we there yet? When the kids act up in the back seat, a family road trip gets knocked hilariously off course. From animator Lori Malépart-Traversy and produced by Julie Roy and Christine Noël for the NFB’s French Program Animation Studio in Montreal. By Francis Papillon and co-produced by Anne-Marie Bousquet and Marc Bertrand for the NFB’s French Program Animation Studio in Montreal, Solen Labrie Trépanier for La Pastèque, in collaboration with Télé-Québec and with the financial participation of the Shaw Rocket Fund.

Cathon and Iris are inseparable. One likes to show off her knowledge, the other enjoys sharing off-the-wall theories. The two friends’ quirky humor and wild, free-floating imaginations will make you want to learn more about the objects that surround us. Travel with them through history as they explain the origins of everything from the fishing rod to the refrigerator to the toothbrush. But don’t believe everything you hear! Theodore Ushev, the auteur behind a number of renowned animated shorts, reveals his inner universe, formed by a half-century of personal experience acquired in a constantly changing world. In this feature documentary, Ushev reminisces about the “unseen connections” in his life—biographical, historical, cultural, and subcultural and the connections that shaped him as a person and an artist.

By Karl Lemieux, the film is produced by Anne-Marie Bousquet for the NFB’s French Program Animation Studio in Montreal.

By Grace An, the film is produced by Maral Mohammadian for the NFB’s English Program Animation and Interactive Studio in Montreal as part of the 13th edition of the NFB’s Hothouse apprenticeship.

The Korean legend of Ungnyeo, a bear reborn as a woman, becomes a percussive and mesmerizing riff on the themes of transformation and quarantine.

The OIAF pays homage to artist John Weldon, best known for the popular Canadian animation Log Driver’s Waltz and his 1979 Oscar win with Eunice Macaulay for Special Delivery. Additional information about the retrospective is available here.