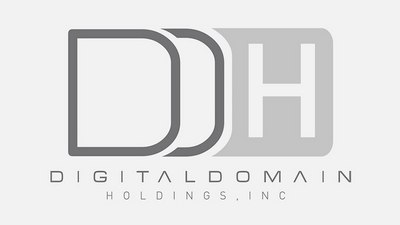 The creation of Digital Domain Interactive marks another major step in Digital Domain’s efforts in the content creation and virtual reality markets. With consumers having access to groundbreaking virtual reality platforms such as Oculus Rift, HTC Vive and the forthcoming PlayStation VR, the division sets its sights on the continuing production of thrilling virtual reality experiences for audiences worldwide. Under the stewardship of Jeremy Airey and his team, the division will hit the ground running with an ambitious slate of game products featuring soon-to-be-announced, world famous animated characters. Jeremy and his team will report to Amit Chopra, Executive Director and Chief Operating Officer, Digital Domain Holdings Limited.

“It’s an exciting time at Digital Domain as we continue to build on our core business and expand into the rapidly growing world of virtual reality,” said Chopra. “We have been working with the talented people at Digital Funk Machine for over a year and the creation of this new division could not start with a better foundation than Jeremy and his team. We are thrilled that Jeremy is joining the Digital Domain family as we look to the future, and bring to the world one-of-a-kind, groundbreaking virtual reality entertainment.”

“Digital Domain is known worldwide for their innovative and cutting edge artists who are always eagerly awaiting that next challenge,” said Airey. “It’s exciting and an honor to join that type of team as we dive into this adventure that is virtual reality entertainment.”

As its Founder and CEO, Airey started Digital Funk Machine with a number of former Interplay alumni including Mark Phoenix, who served as Digital Funk Machine’s president prior to its acquisition. As a company they focused on third party product development, creating original IP as well as technical innovation in the virtual reality space. A long time industry veteran, Airey has served in key development and creative roles in companies including, Konami, Midway Home Entertainment and Interplay Productions. While at Digital Funk Machine, the team created several award-winning baseball titles for EA’s MLB franchise. The team also developed other notable titles such as Sims DJ, Tony Hawk’s Underground, Monopoly Classic, and Tiger Woods PGA Tour 09. In addition, the team has been on the cutting edge of game development, focusing on emerging platforms like the Amazon Fire TV and Oculus Rift.