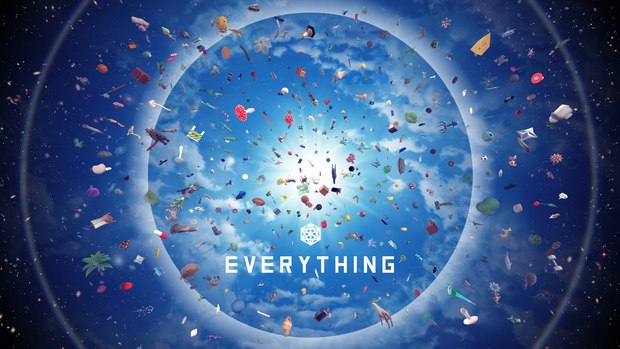 Award-winning Irish animator David OReilly, best known for his short films Please Say Something and The External World, as well as his holographic game designs for director Spike Jonze’s Her, has teamed up with Double Fine Presents on a new video game, Everything.

The follow-up to his first game, Mountain, which was developed for mobile platforms, Everything is set to launch on the Sony PlayStation Store on March 21.

Winner of the Most Fantastic award at Fantastic Arcade, and nominated for two Independent Games Festival (IGF) awards, Everything is about the quiet explosion of life going on all around us. This very unique game experience has been developed in secret for three years and is finally being launched on PS4 and PS4 Pro.

Everything is a simulation of reality where everything you see is a thing you can be, from animals to planets to galaxies and beyond -- you can be the Universe or create your own. Everything takes place in the world we live in now. It features one million+ years of gameplay, a rich musical score and thousands of playable characters. Created by OReilly, Everything is narrated by the late great British philosopher, Alan Watts, and is available now for pre-order on the PlayStation Store.

To coincide with pre-orders going live, David OReilly and Double Fine Productions have released a 10-minute gameplay film of Everything showcasing the game’s whimsical worlds and characters. Viewers get a look into how players can travel between outer and inner space, and explore a vast, interconnected universe of things without enforced goals, scores, or tasks to complete. This gameplay film has itself also gone on to receive critical acclaim and been selected for both the Berlinale International Film Festival and the San Francisco International Film Festival, as well as others: