More than a dozen new experiences planned for 44th international conference and exhibition on computer graphics and interactive techniques to be held in Los Angeles July 30 through August 3. 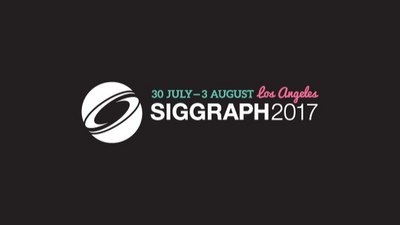 SIGGRAPH 2017 will be “bigger and better than ever,” says Jerome Solomon, this year’s Conference Chair. SIGGRAPH 2017 marks the 44th International Conference and Exhibition on Computer Graphics and Interactive Techniques.

“We are very excited about returning to Los Angeles for this year’s conference,” says Solomon. “We have plans for over a dozen awesome experiences that we’ve never done before. For example, we will be holding our grand opening day reception at the California Science Center, which will offer attendees the chance to get up close to the actual Space Shuttle Endeavor. We will also be debuting a brand-new VR Theater -- a venue in which attendees can experience VR storytelling from different filmmakers using state-of-the-art technology and VR headsets.”

ACM SIGGRAPH announced the selection of Jerome Solomon, Dean of the College at Cogswell College, as Conference Chair in 2015. In his role at Cogswell, Solomon is responsible for all of the school’s academics, classes, faculty, and programs, ensuring that the school delivers “the best, world class education we possibly can for our students. We teach both sides of the brain -- art and science -- and, as a result, Cosgwell has a lot of synergy with SIGGRAPH.”

Solomon has nearly 20 years of industry experience in Hollywood, having held positions with Industrial Light and Magic, DreamWorks Animation, Electronic Arts, and Rhythm & Hues Studios. During his career, he received film credits on Avatar, Madagascar, Shrek 2, Babe, Ace Ventura II, and Batman & Robin. In addition, he has shipped three AAA game titles: Star Wars: Force Unleashed, Tiger Woods 07, and The Godfather Game. He holds a Bachelor of Science in computer engineering from UCLA and a Master of Science in computer animation from Georgia Institute of Technology.

“Not only is Los Angeles one of the world’s major hubs for the entertainment industry and all the major movie and TV studios, but it’s also dramatically evolved in recent years and has finally ‘arrived’ as a player within the digital space,” Solomon continued, speaking about this year’s conference. “L.A. has numerous top digital companies located in Silicon Beach, and the city has also become a key player and the home of countless new VR content development and production companies.”

Regarding his outlook on the digital graphics industry, Solomon adds, “Interactive technologies, real-time graphics, virtual reality, and augmented reality are all key growth areas today. In fact, the computer graphics industry is going through a bit of a renaissance right now -- CG plays a critical role in more everyday digital tools and technologies than ever before. It’s bleeding over everywhere, and into so many industries.”