CLIP: Babies Can Be Sickeningly Sweet in ‘The Willoughbys’

There’s nothing stronger and more touching than the bond between a baby and a building filled with candy in Kris Pearn’s hilarious animated comedy, launching April 22 on Netflix. 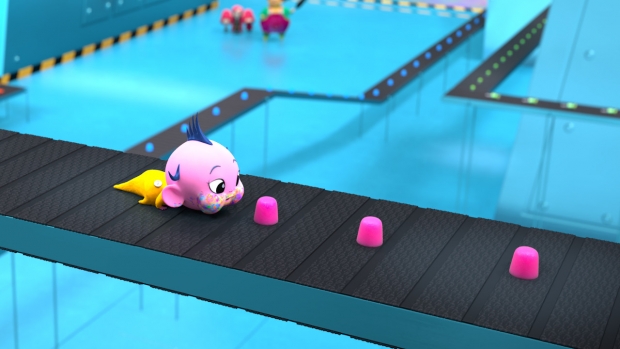 When it comes to Netflix and Kris Pearn’s new animated comedy, The Willoughbys, candy may be dandy, but a baby’s quest for candy, not liquor, is quicker. And Oh so sickeningly sweet!  In this brand-new clip, “Candy Factory,” deep within the bowels of candy giant Commander Melanoff’s expansive factory, no automated conveyer belt is safe from Baby Ruth’s crazed confectionary crawl.

Premiering on Netflix April 22, The Willoughbys is based on Lois Lowry’s famous kid’s book of the same name. The film presents a colorful, zany take on an age-old problem… what can you do if your parents suck! And, you hope against hope for a return of noble family glories chock full of adventure, fame, and great facial hair.

Longing for a normal family in the face of prolonged parental neglect steeped in utter selfishness and outrageous British accents, the Willoughby children hatch a sneaky, diabolical plan to send their mom and dad on a dangerous, around-the-world adventure “to die for.” As you might imagine, any hair-brained animated feature film scheme concocted by cute, well-meaning children, must, by definition, come up a tad short.

Directed by Pearn (Cloudy with a Chance of Meatballs 2), who also wrote the film along with Mark Stanleigh, The Willoughbys stars Will Forte, Maya Rudolph, Alessia Cara, Terry Crews, Martin Short, Jane Krakowski, Séan Cullen and Ricky Gervais as the Cat.