Studios’ latest original series, based on Yongje Park and WEBTOON’s comic series of same name, will premiere exclusively on the streaming platform this coming July. 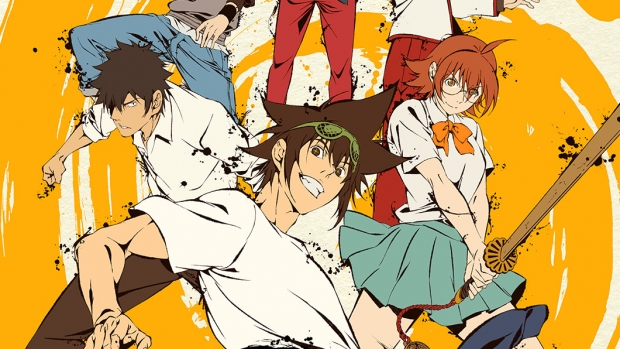 Crunchyroll, the world’s most popular anime brand, has just released the trailer and main character intros for their new upcoming Crunchyroll Original, The God of High School. Based on Yongje Park and WEBTOON’s comic series of same name, The God of High School follows a high schooler and his friends as they compete in an epic tournament, borrowing power directly from the gods and uncovering a mysterious organization along the way…with the promise of their heart’s deepest desires motivating their tournament victory.

In the trailer, we’re introduced to Jin Mori (voiced by Tatsumaru Tachibana), the carefree, easy-going series protagonist, who loves to fight using Taekwondo; Han Daewi (voiced by Kentaro Kumagai ), a compassionate Kyokushin karate user who values his friends; and Yoo Mira (voiced by Ayaka Ohashi), a Moonlight sword user determined to carry on her family’s tradition. Character profiles for the team of fighters can be found below.

Commenting on working with WEBTOON to bring The God of High School to live, Alden Budill, Crunchyroll head of global partnerships & content strategy, told AWN, “We started Crunchyroll Originals in hopes of adding our own creative voice to our library - and more importantly, to delight our fans and perhaps entice the anime-curious. We worked closely with WEBTOON on Tower of God, and we're incredibly happy with how it turned out in terms of its rich storyline, interesting characters, and beautiful art. We're extremely excited to be sharing a sneak peek at The God of High School, our latest action-packed original series coming this summer.” Character descriptions for our team of fighters are as follows:

This past February, Crunchyroll revealed their inaugural slate of Crunchyroll Originals, including eight series spanning adventure, fantasy, romance, and historical fiction. These shows, produced with respected publishers including Kodansha, animation studios such as MAPPA, and Crunchyroll Studios, represent Crunchyroll’s continued commitment to entertain fans and expand the global anime community through fresh stories and unique perspectives from a global slate of creators. In/Spectre premiered earlier this year; Tower of God is now airing.

Crunchyroll currently has the world’s largest anime library, with more than 1,000 titles and 30,000 episodes available for fans.