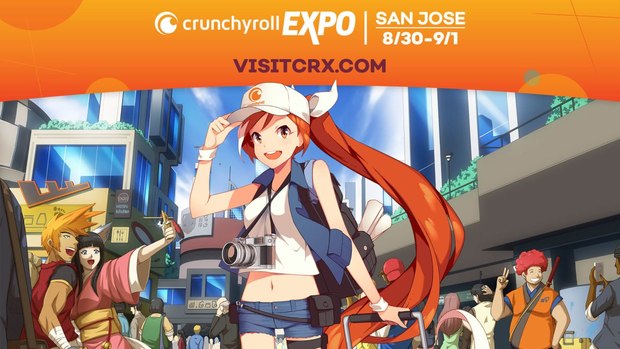 Crunchyroll, the world’s most popular anime brand, has announced its programming slate for the upcoming third annual Crunchyroll Expo, being held August 30 – September 1 at the San Jose McEnry Convention Center. This year’s event features a huge lineup of panels, premieres, guests, performances and more -- fans are invited to take a trip and explore Crunchyroll Expo’s New Crunchy City, an interactive take on a convention that will transport attendees to a place where anime and Japanese pop culture come to life.

Crunchyroll will also hold a series of focus groups over the course of the weekend. Interested fans can visit CRX Focus Groups to enter for a potential slot to share their thoughts.

Additional guests and events to be announced on a rolling basis.