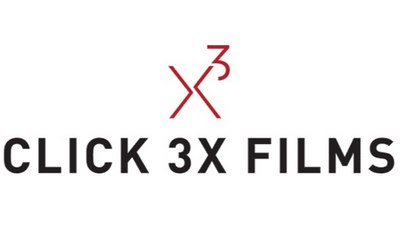 NEW YORK -- Click 3X has added three new directors, Justin Dickel, Lindsay Daniels, and Yannakis Jones to its roster at X3 Films. These hires round out X3 Films’ team and represent Click 3X’s comprehensive offerings in the animation and live action spaces. In addition, Click 3X has brought on talent agency, Saarinen & Pico to manage its sales across the West Coast and Texas.

“This is an exciting time at X3 Films. We’ve recently brought on a number of powerhouse animation directors who’ve expanded upon a beautiful craft here at Click 3X. Now, Justin, Lindsay and Yannakis add another layer of expertise to our diversified director roster,” said Bill Hewes, Executive Producer, X3 Films.

Dickel mixes traditional performance and choreographed direction with VFX to create evocative and sensory stimulating visuals. His films are artfully striking and interesting. Dickel has received nominations by Evolutions as a part of their New Directors Showcase in London and New York. Throughout his career, Dickel has worked on a variety of projects, creating commercials and films for brands including Schweppes, Champs Sports, Vodafone, Skype, Pantene, Herbal Essences and Doritos. He has also worked on music videos for global bands including Take That, as well as smaller bands like Sheppard, including their hit, “Geronimo,” which received more than 30 million views on YouTube.

Daniels is an Emmy award-winning designer, storyteller and live action director. Her diverse experience in the branding, agency and motion design sides of the creative industry enable her to deliver smart, relevant solutions for the current evolving landscape. She has worked as a Creative at Digital Kitchen where she designed the main titles for the Emmy winning Dexter and the Emmy nominated Path to 9/11, as well as several commercial campaigns. At Publicis, she was a Creative Director for the T-Mobile and Chevrolet accounts, leading both brands through multiple print, broadcast and digital campaigns. Her work has been recognized by organizations such as Communication Arts Design Annual, AAF, The Art Director’s Club and The Academy of Television Arts and Sciences.

Jones is an award-winning writer and director with a premium documentary style and a knack for building narratives and telling persuasive brand stories across all platforms. His tableau is branded content and longer form films featuring real people and real lives. His recent on-line film for Skype, called Translator, won a Gold and a Silver award at the W3 Awards in the “Promotion Branding” and “Business to Consumer” categories, respectively. The film follows a photojournalist through the markets of Shanghai to remote interior regions of China. Jones has worked with brands including Microsoft Skype, BMW, Ford, Unilever, SKY television, at agencies including WCRS, BBH China, RKCR/Y&R, Ogilvy, W&K, Mother, Publicis and JWT.

“X3 Films is known for its diversity of skillsets and compelling directing techniques. So much so, that they’ve become a one-stop-shop for any film technique under the sun. We’re excited to come on board the team and add to the rich skillsets on the roster,” said Dickel, Daniels, and Jones.

In addition to the new Directors, Click 3X is bringing on Toni Saarinen and Brandon Pico of Saarinen & Pico to represent all the Click 3X companies. In this role, Saarinen and Pico will expand Click 3X’s sales operations to the West Coast and to Texas.