Why is Disney opening their new production studio in Vancouver? Look around you. 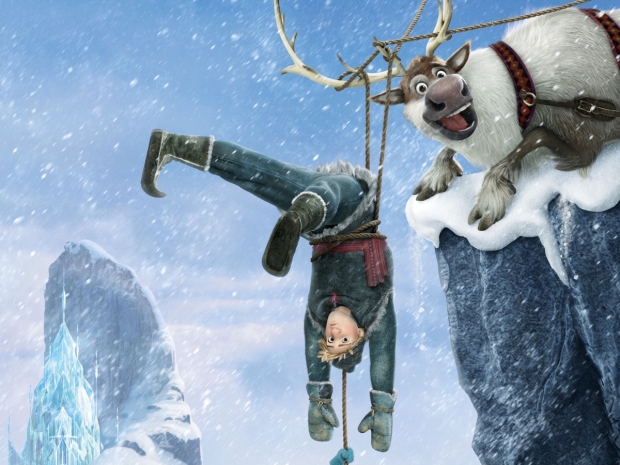 Last week, Walt Disney Animation Studios announced the opening of a new production facility in Vancouver to feed the streaming content demands of Disney+. The Vancouver studio has begun recruiting for a January 2022 opening and will focus on feature-quality long-form series and special projects, starting with the musical spin-off of Moana. Back in Burbank, Walt Disney Animation Studios will continue to expand — remaining the home of flagship animated features, related short-form series such as Baymax and Zootopia+, as well as story development and production design for the long-form series produced in Vancouver.

Predictably, Disney’s announcement of the Vancouver studio was met with consternation and hand-wringing throughout the Hollywood animation community — with social media forums fretting over everything from why the facility wasn’t being opened in the USA, to whether or not the studio would be a union shop, to boilerplate pleas for a return to 2D animation.

I’d like to address these in reverse order, starting with the last two before digging into the first one.

3. Folks only have to look up from the axes they’re grinding to observe that 2D animation is alive and well around the world — at studios ranging from Disney to Netflix to overseas shops that just do it instead of bemoaning a “lost legacy.” Speaking of legacy, Walt Disney Animation Studios has made a creative/business/logistical decision to synthesize the best aspects of its traditional animation and CGI animation practices into an innovative, expressive, cinematic 3D animated feature film pipeline that Walt himself would be proud of — and the results are evident.

2. How many of you fretting over whether or not the Vancouver studio will be a union shop employ unionized (or even legal) domestic workers for housekeeping, gardening or childcare? Do you care about your workers’ sustainable employment, benefits and general well-being? If you let them go during the pandemic, did you feel responsible for their survival? Probably not. Or if you did, you quickly rationalized your decisions based on financial considerations. Yet you expect your own employer to be mindful of you on these fronts? Why would they behave any differently than yourself?

1. Americans are spoiled in ways that they fail to recognize and/or vigorously dispute. We expect the best opportunities possible along with the most affordable goods and services possible. So, how is that possible? Exploitation. How many of those grumbling because Disney didn’t open the new studio in the USA buy goods made overseas? Most. Why do Americans buy goods made overseas instead of goods made in the USA? Price. People don’t want to spend any more money than they need to. Corporations — which are comprised of people and have a fiduciary duty to their shareholders (which include many of us) — are no different. It comes down to costs... and COVID

Opening a production studio in Canada makes just as much good business sense during the pandemic as it did before the pandemic, given Canadian tax breaks and other incentives. It also makes good creative sense, given the supply of top animation talent in Canada. Disney has historically drawn upon graduates of Sheridan, Vancouver Film School and others — more than enough to fill the available positions.

Could you work from your Los Angeles home for the Vancouver studio? Theoretically, yes — and some folks undoubtedly will. But territorial tax breaks typically come with requirements regarding local hiring and expenditures, no matter where you happen to be sitting. So the phone is more likely to ring if you’re Canadian than if you’re American.

Production incentives aside, it makes logistical sense in the Pandemic Era to manage risk by allocating your eggs to different national baskets. The operational effectiveness of any given country varies from week to week based on viral vicissitudes and social stupidity — irrespective of whether people are working in the studio or from home.

Finally, where do you think employers would currently prefer to be on the hook for employee health benefits: in Canada or in America? I could elucidate, but a picture is worth a thousand words (and over 630,000 deaths)... Like it or not, the opening of the Vancouver studios is a smart decision on Disney’s part — one that will provide more pie for everyone, not less — in the New Normal of content creation and consumption.

As for Disney’s penny-wise, people-foolish decision to relocate thousands of Walt Disney Imagineering jobs to Florida, the coronavirus cesspool of America, I have just one word: abhorrent.

‘The Legend of Vox Machina’: A Dream Project Made by Loyal Fans and Long-Time Friends
A One-Eyed Weasel and a Couple of Possums Walk into a Dino Den…
Method Studios Walks Us Through History for ‘Eternals’ End Credits
‘Dune’: The Inner Workings of Ornithopters, Sand Worms, and Creative Moviemaking
Re-VIEW: ‘Encanto’ - Seeking Beauty in Truth
WetaFX Delivers a Monstrous 3rd Act for ‘Shang-Chi and the Legend of the Ten Rings’
‘The Spine of Night’: Redefining Fantasy and Animated Filmmaking
Plague Diversions: Gazing at the Shortlist for the Best Animated Short Oscar
END_OF_DOCUMENT_TOKEN_TO_BE_REPLACED