WATCH: Hand-Painted Music Video for The Beatles’ ‘I’m Only Sleeping’

Artist and director Em Cooper created the entire short with an animation rostrum on sheets of celluloid, oil-painting each frame, honoring the re-release of the seminal 1966 album ‘Revolver.’ 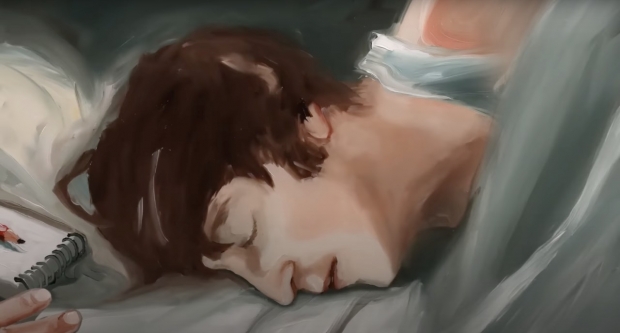 To celebrate the re-release of the infamous Beatles album Revolver, an exciting hand-painted animated music video for I’m Only Sleeping has been dropped on YouTube. The song, originally released in 1966, features beautiful harmonies and experimental recording methods evocative of band’s pioneering approach on the album.

Artist and director Em Cooper explored the space between dreaming and wakefulness, creating the entire video with an animation rostrum on sheets of celluloid. She oil-painted all 1,300 frames individually, a task which took many months to complete. Jonathan Clyde and Sophie Hilton served as producers on the project.

Take a few minutes to enjoy!

"It was a project that I felt an immediate spark for right from the word go, and somehow that momentum carried me right through to the end," Cooper said of the video. "I love The Beatles. We used to listen to this song on a tape in the car when I was a child, and the song itself evokes such a mesmerizing, languid, dreamy state. In a way, my job was only to follow its lead with a paintbrush in my hand."

Revolver’s release ignited a cultural revolution, spinning popular music off its axis and ushering in a vibrant new era of experimental, avant-garde sonic psychedelia, while marking an important shift in The Beatles’ own creative evolution. The updated album contains new studio mixes and expanded special edition songs, plus never-before-released session recordings and demos, in addition to the Paperback Writer and Rain EP.

The entire Revolver album is out now physically on 5CD/4LP Super Deluxe, 2CD Deluxe, Picture Disk, 1LP, and 1CD, as well as via download and streaming.