Dandelooo’s ‘Ernest and Célestine - The Collection’ Heading to ZFD

Distributor inks deal with German pubcaster for Season 2 of the preschool series that follows the adventures of unconventional friends Ernest the eccentric bear and Celestine the mischievous mouse. 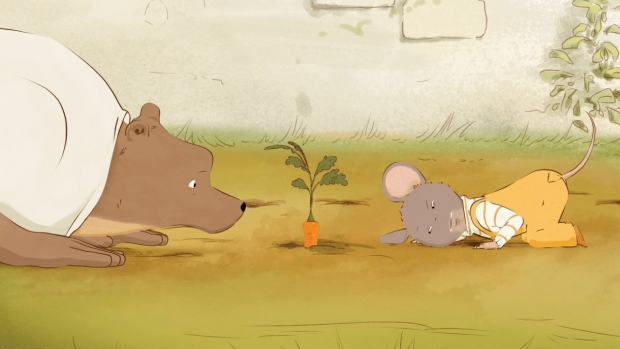 Emmy Award-winning French animation production and distribution company Dandelooo has finalized a deal with German pubcaster ZDF for Season 2 of the preschool series Ernest and Célestine – The Collection, produced by Folivari, So-Nord, and RTBF.  All 26 episodes of Season 2 are scheduled to air on December 1.

In Ernest and Celestine – The Collection, Ernest, an eccentric bear who works as a street musician and clown, has invited Celestine, a mischievous little mouse, to live with him.  These two loners support and comfort each other, turning the established order on its head as their unconventional friendship is put on trial by their respective bear-fearing and mice-eating communities.

Based on Belgian author and illustrator Gabrielle Vincent’s books, the first film adaptation, Ernest and Celestine, received critical acclaim and won several awards, including the César Award, as well as a nomination at the 86th Academy Awards for Best Animated Feature. The second film adaptation, Ernest and Celestine, a Trip to Gibberitia, produced by Folivari, Mélusine, and StudioCanal, debuts in French theaters December 14.