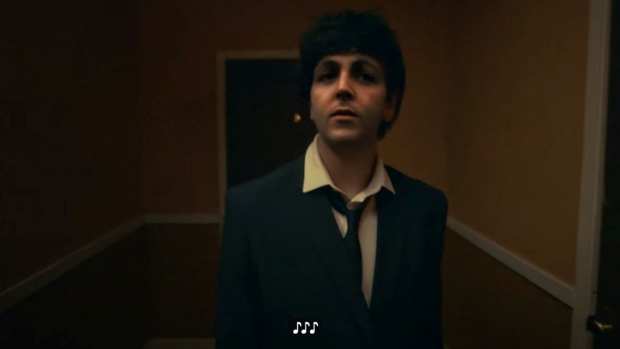 Beatles legend Paul McCartney has just released a trippy new music video for the single, “Find My Way (feat. Beck)," from his upcoming “McCartney III Imagined” album set for release July 23 on vinyl and CD - via Capitol Records - that features the digitally de-aged rocker dancing through the halls of a hotel and places unknown… with a few surprised thrown in… like 8X Grammy winner Beck.

Co-produced by Hyperreal Digital, the short features a young McCartney getting his funky groove on, a psychedelic visual trip that blurs the boundaries of time, space - even identity.

Hyperreal Digital specializes in developing fully 3D digital emotional likeness avatars, called HyperModels, that can perform on any platform or screen. The studio works with A-list talent and brands with a digital asset that enables them to maximize their value in the world of virtual appearances and virtual commerce. Speaking about the McCartney project, Hyperreal’s CEO Remington Scott said, "The technology to de-age talent and have them perform in creative environments like this is now fully-realized, even with one of the most recognized faces in the world.”

Directed by Andrew Donoho (Janelle Monae, The Strokes, Khalid) and choreographed by Phil Tayag (Bruno Mars, Jabbawockeez), “Find My Way (feat. Beck)” was unveiled to the world today via a global broadcast premiere on MTV Live, MTVU and across MTV’s worldwide network of channels, as well as on the ViacomCBS Times Square billboard in New York.

According to Scott, “Key to our work is creating a timeless digital version of talent, and for Paul McCartney, our goal was to accurately de-age him. Towards this, goal Hyperreal co-produced Paul’s ‘Find My Way’ music video to explore the concept of using both a high-fidelity 3D digital HyperModel as well as AI GAN. On the GAN production, Hyperreal is proud to have worked with the extraordinary talent of Shamook, who took on the GAN challenges. In parallel, Hyperreal’s Advanced Technology Group scanned Paul McCartney in Los Angeles using an array of high-speed cameras to reconstruct 4D facial performances. Skulley FX tracked the head for 3D head replacement, rendering and compositing. Sunset Edit came on for finishing.”

Personally curated by McCartney, “McCartney III Imagined” features an eclectic all-star lineup featuring Damon Albarn, Anderson .Paak, Blood Orange, Phoebe Bridgers, EOB, Dominic Fike, Josh Homme, Khruangbin, St. Vincent and 3D RDN of Massive Attack, each covering and/or reimagining their favorite moments from the acclaimed “McCartney III” album released last December. The result is a kaleidoscopic reinterpretation – one that serves as an extension of “McCartney III” while standing on its own as an adventurous milestone in the McCartney discography.