Crime-fighting allies are back together again for new Digital and DVD animated feature ‘Scooby-Doo! & Batman: The Brave and the Bold.’ 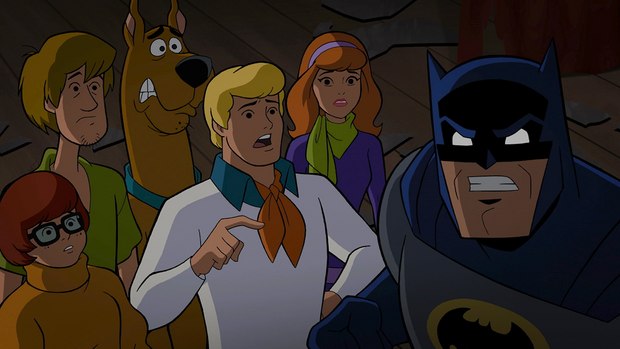 The Scooby gang and DC’s Caped Crusader team up again in ‘Scooby-Doo! & Batman: The Brave and the Bold,’ available Jan. 9 on DVD and Digital.

Warner Bros. has released a new clip from its just-released Digital and DVD animated feature, Scooby-Doo! & Batman: The Brave and the Bold.

Avid Scooby-Doo fans know this isn’t the first time the Caped Crusader has partnered with Mystery Incorporated. Forty-five years ago, Batman (and Robin) were the featured guest stars in a pair of The New Scooby-Doo Movies. Premiering in 1972, the renowned detectives worked to solve crimes together in the hour-long television movies entitled The Dynamic Scooby-Doo Affair and The Caped Crusader Caper.

Jake Castorena directs the teleplay by Paul Giacoppo, based on a story by supervising producer James Tucker. Michael Jelenic is the producer. Executive producer is Sam Register. Benjamin Melniker and Michael Uslan are executive producers.